I am super stoked to share Rianne’s candy-themed birthday bash! It was sugar-coated with fun and had so many darling ideas! For any little boy or girl who is obsessed with Tim Burton’s Charlie and the Chocolate Factory, the Brothers Grimm’s Hansel and Gretel, and the Sugar Rush Speedway game featured in the movie Wreck-It-Ralph, this theme hits the mark. Luckily, this bash has no villain to worry about so guests were able to enjoy all of the amazing props and sweet snacks styled by Bicycle Studios and Events and Beyond. Scroll through for more pretty photos captured by Stanley Ong Photography and follow the trail of lollipops and gumdrops to Rianne’s Candy Kingdom!

This fun and girly invitation had all guests excited for Rianne’s bash! As soon as they opened it, they knew they were in for a very sweet treat because of the images of candies and cupcakes introduced on the invitation. 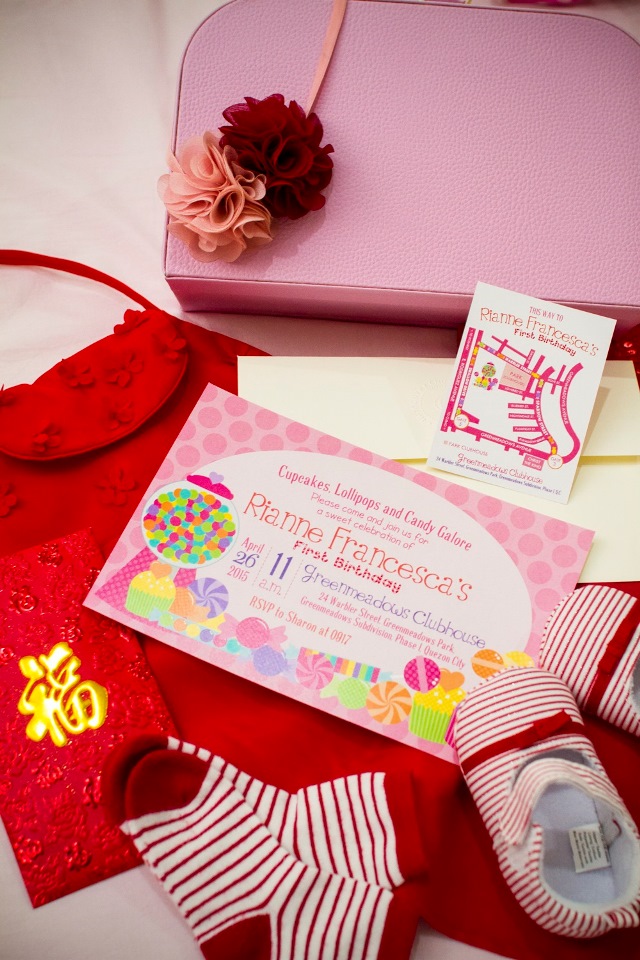 The little attendees were greeted with the fruits of her kingdom: piles of sweets! The entryway featured a house wall complete with pink and purple shingles and life-sized lollipops, wafer sticks, and cupcakes. An accompanying RIANNE FRANCESCA turns 1 signage set the mood. Oh boy, now this is a true candy kingdom! 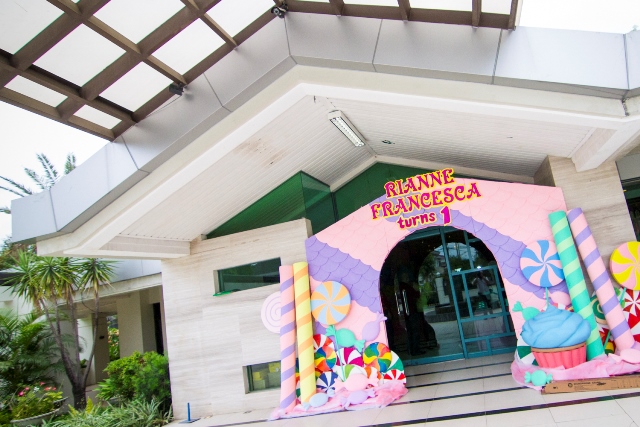 The entrance alone was enough to marvel anyone, but this bash continued to wow us with this all-candy house! Isn’t it breathtaking? Now, I totally get how Hansel and Gretel were tricked by the wicked witch. My imagination began to run wild by the sight of these larger than life party props – lollipops, cupcakes, ice cream, and wafer sticks. The pop of colors and bunch of candies made the stage dazzling! I was reminded of Willy Wonka’s candy wonderland! 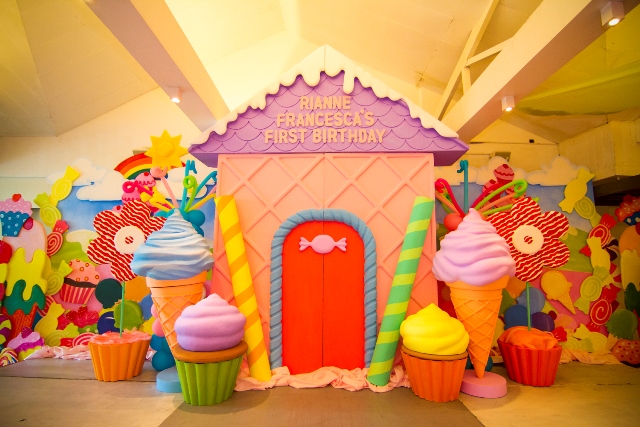 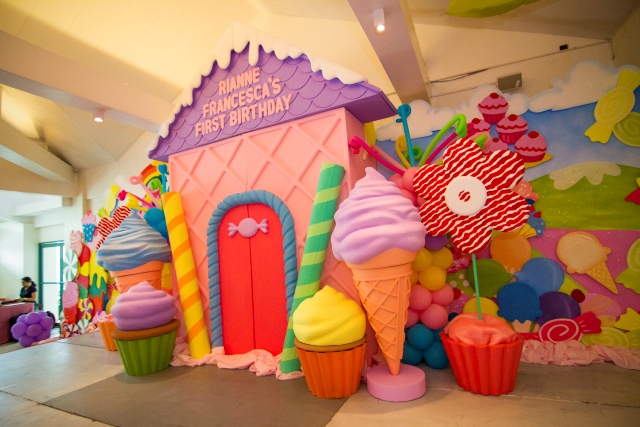 These brightly colored ceiling drapes and balloons had taken the party in full shape! The elements were vibrant, fun, and almost good enough to eat! I love them! 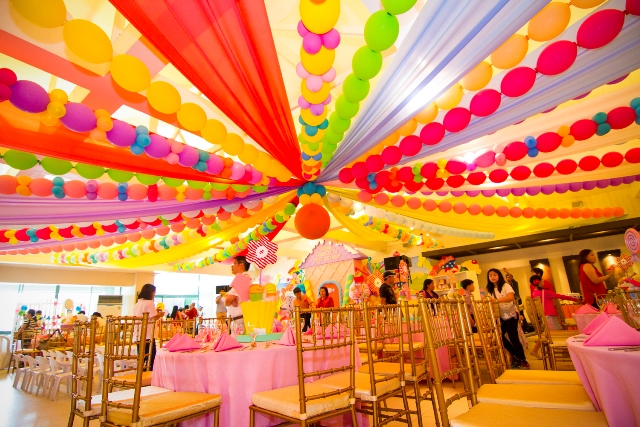 There is nothing sweeter than a tablescape in candy-bright hues! The tables were dressed up with pink linens and matching table napkins. They were topped off with a centerpiece that added an array of sweet candy colors to the bash – a humongous flower pot filled with candies, cupcakes, and all things sugar! 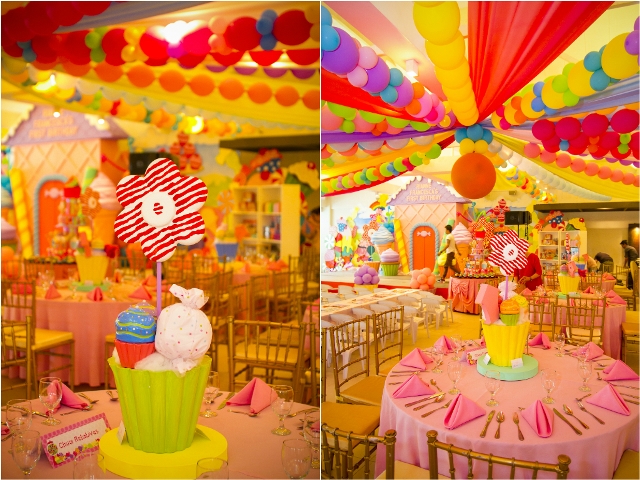 The sweetest thing in this bash was this three-tier pink cake! Full of confectionery decorations, it had an almost overwhelming amount of detail. The surrounding cupcakes with yummy toppers made the cake table even sweeter! This was one super sweet affair – literally! 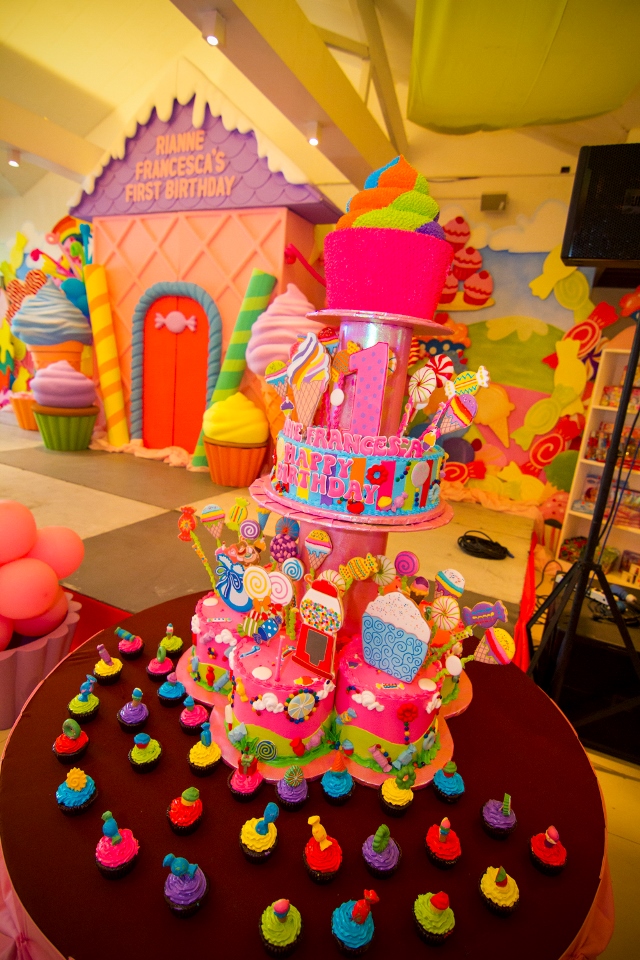 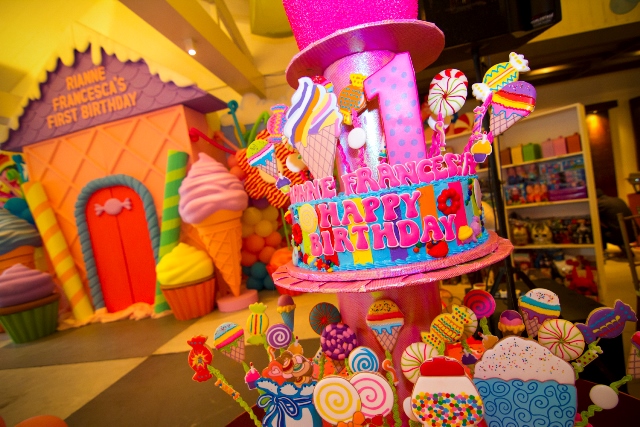 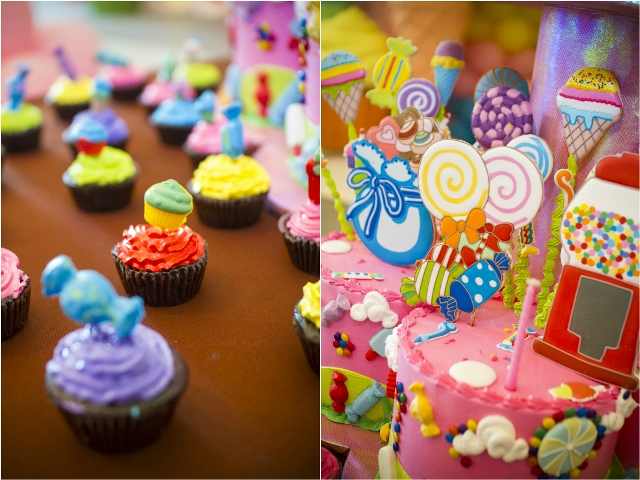 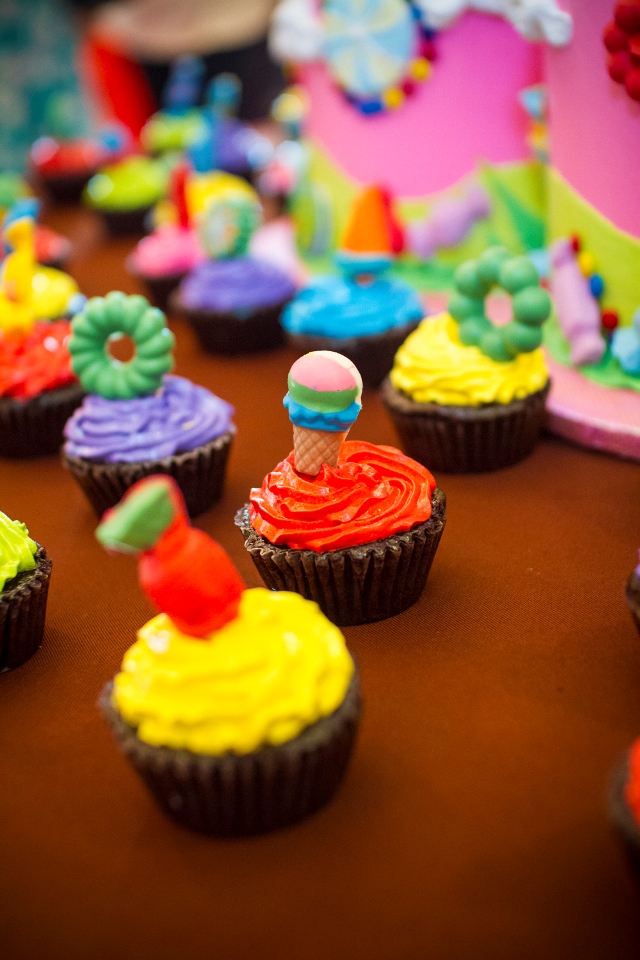 A festive tone was set by incorporating pink and white buffet setup into the food and snacks Rianne offered to her guests. Could I just die over those candies, lollipops, and ice cream on the backdrop? They turned out so cute aback of the buffet table! It was utterly playful and amazing! 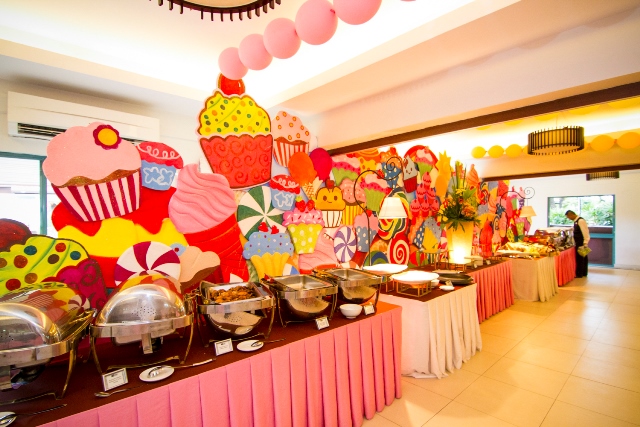 A craft table by Ant’s Pockets was set out in a corner of the room with plush sweet items to decorate with. This was a great place to mingle and for parents to hang out with their kids. 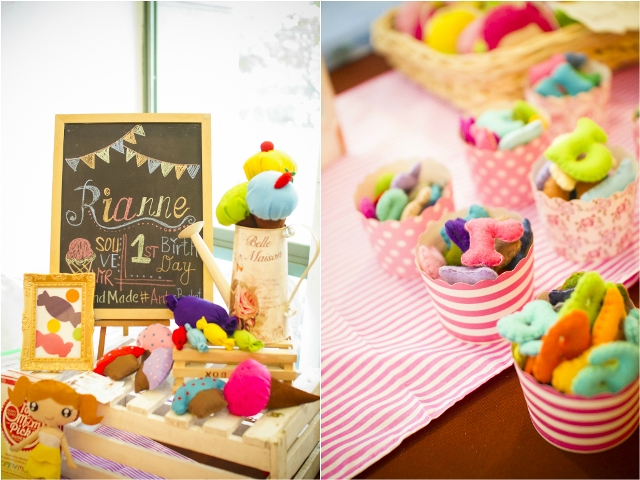 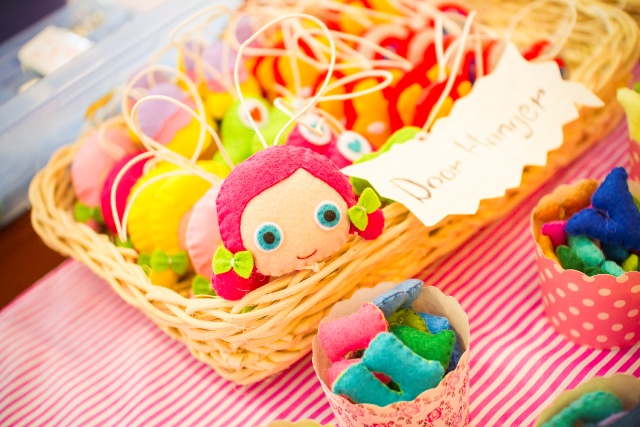 Let the show begin! This bash had entertainers to delight the candy land princess and her pals. The guy entertainers brought the kids to laugh and wonder with their tricks, while the lady entertainers ensured that the bash was a success of musical entertainment. The latter even dressed up as Disney characters like Anna and Elsa of Frozen, Cinderella, and Jasmine of Alladin. 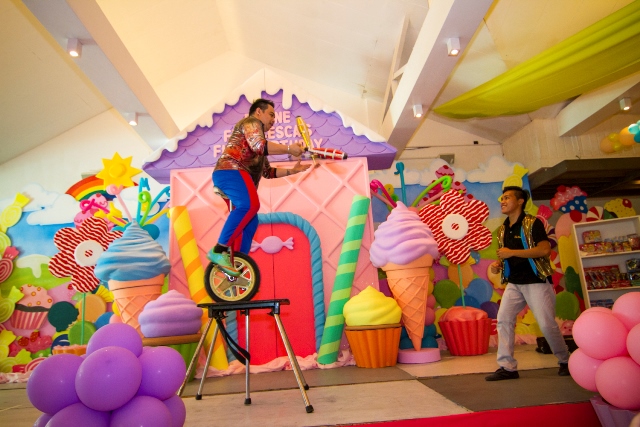 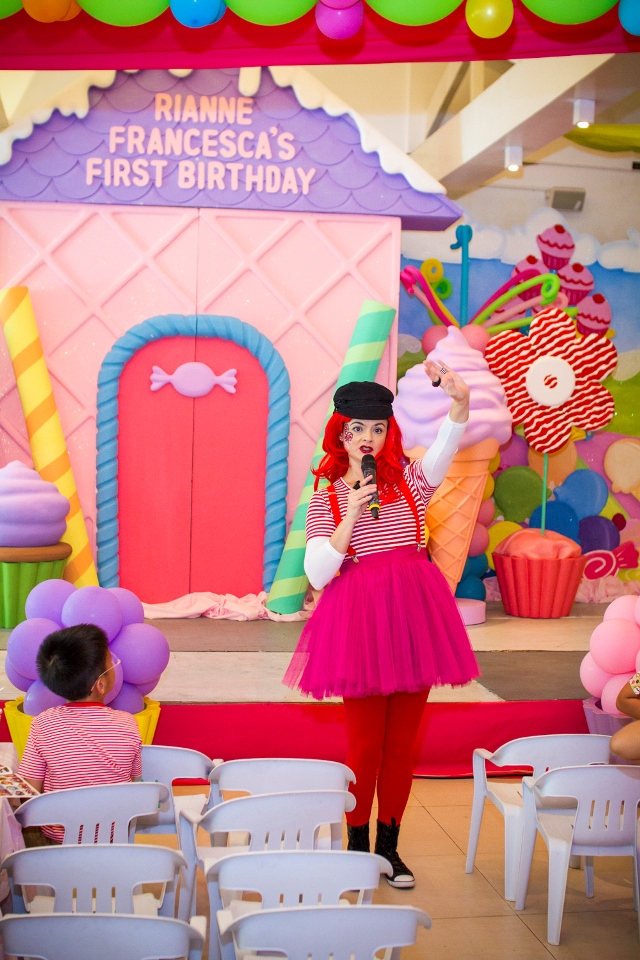 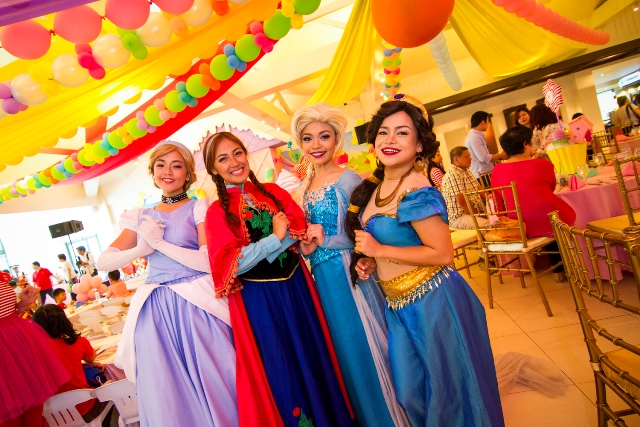 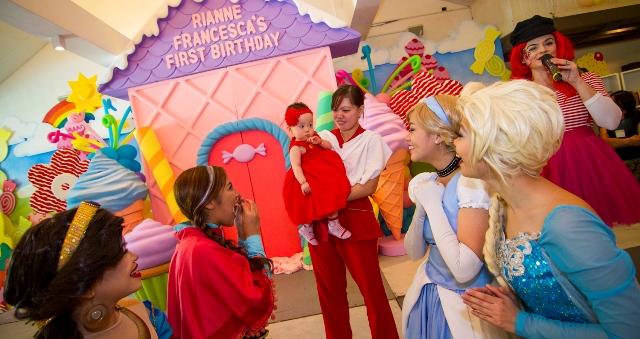 To add a little twisted fun at Rianne’s bash, there also was a Balloon Twisting hooha at the side. 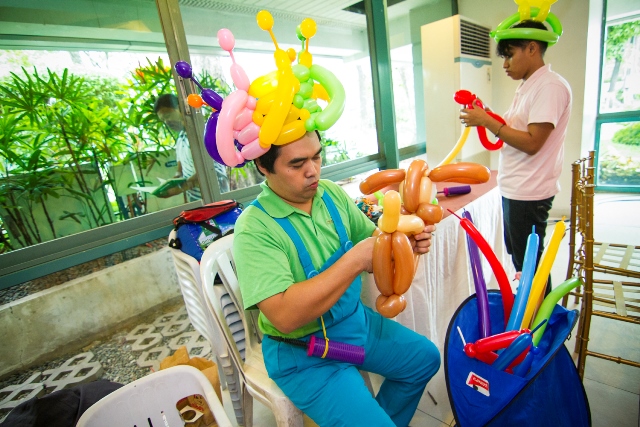 This game – which is a reinvention of the candy scavenger hunt and piñata – got everyone in the party spirit. 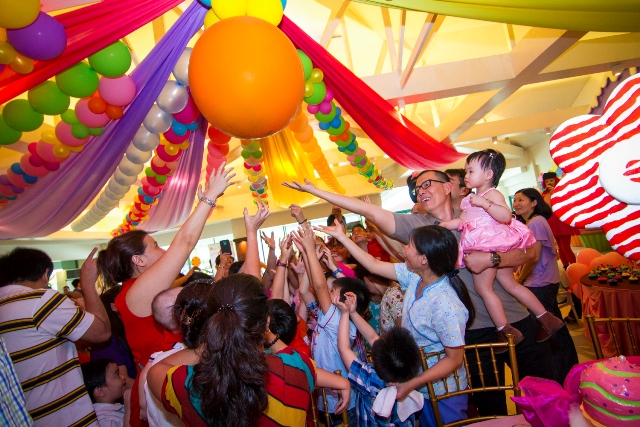 Along with the bags of candies and goodies from the game, sugar lovers were sent home with these mini suitcase as party favors. 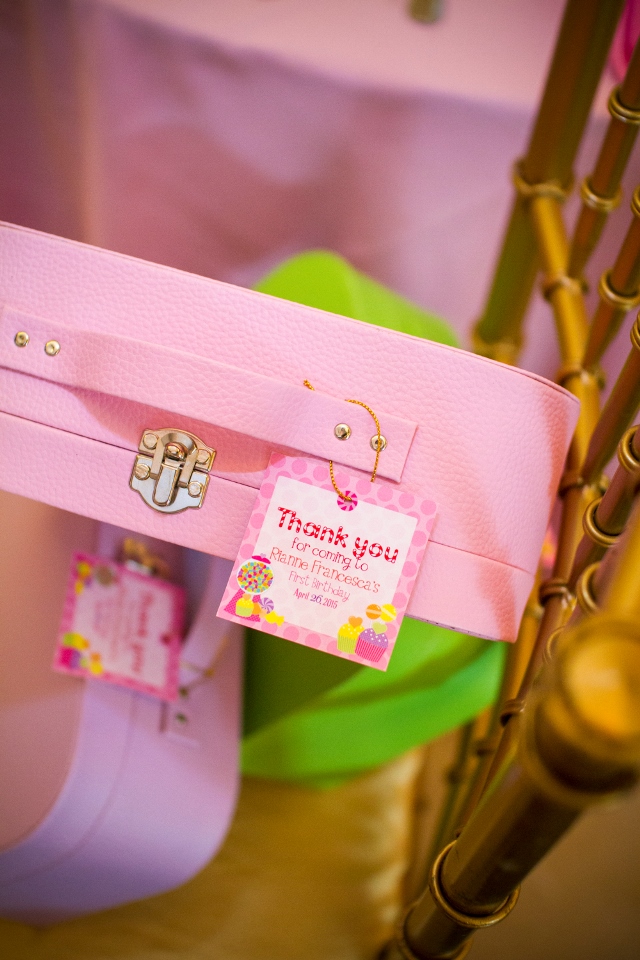