There’s something brewing at Hogwarts Castle and it’s not Amortentia or Polyjuice Potion – it’s Paul’s birthday party! So get your wands and broomsticks ready because there’s going to be a lot of magic going on…

“So much to do; so little time” isn’t a problem for Party Dish who had only a week to plan and recreate this wonderful world of wizards and witches. Scenes from Paul’s birthday, starting at the London station entrance to the Hogwarts dining hall, were captured wonderfully by Love Portrayed in Images.

Let’s get started with the entrance that just screams “Harry Potter”! It’s an open invitation for Paul’s guests to step on to King’s Cross Platform 9 ¾ and hop on board the Hogwarts Express! 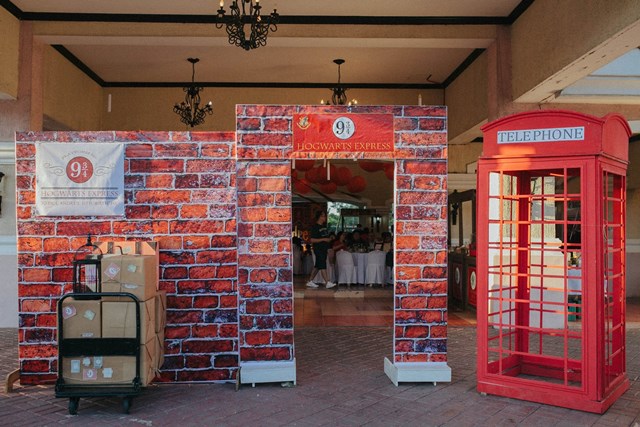 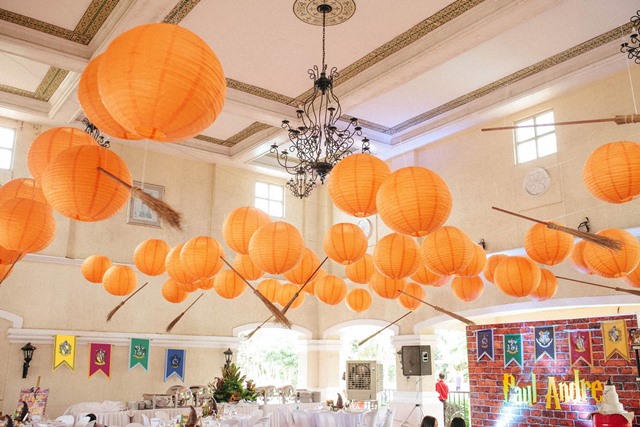 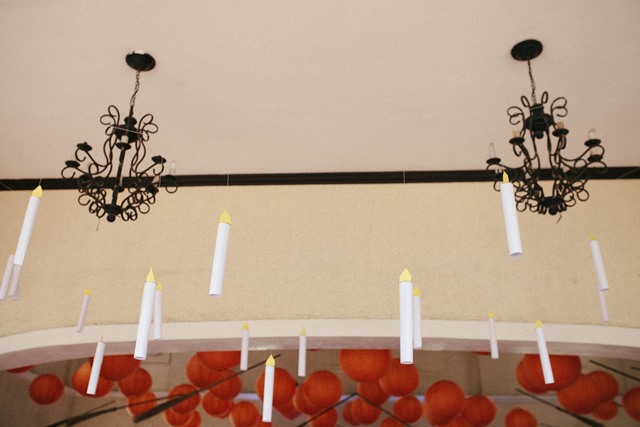 The stage backdrop is a brick wall on which five banners hang. The banner at the center features the crest of Hogwarts School and its motto, “Draco dormiens nunquam titillandus”. On either sides are those of the four houses that make up the school – Griffindor, Hufflepuff, Ravenclaw and Slytherin. 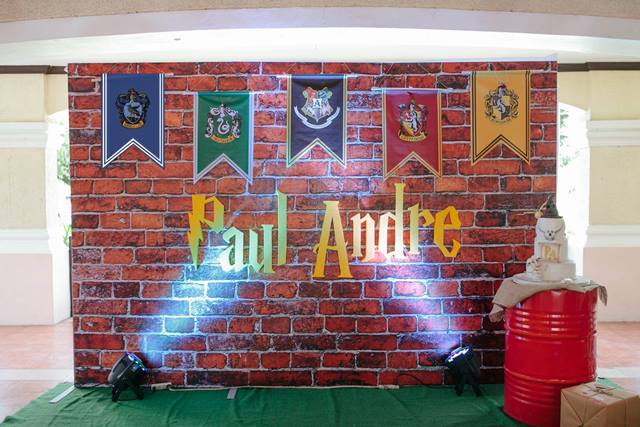 The tables are covered with pristine white linens complete with burlap runners. Each table is decked with centerpieces made up of the magical sorting hat, Harry’s round-rimmed glasses, spell book and some bottles of potion. A pair of wings glued to its top transforms a Ferro Rocher chocolate into the quidditch games’ golden snitch. 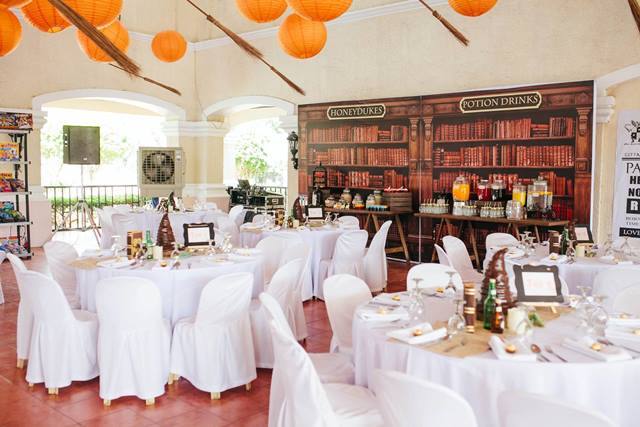 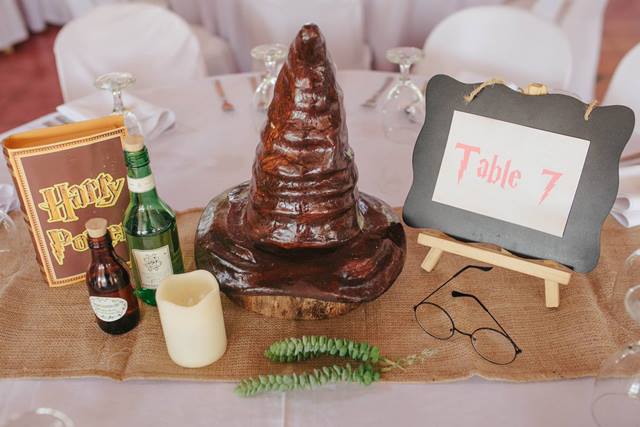 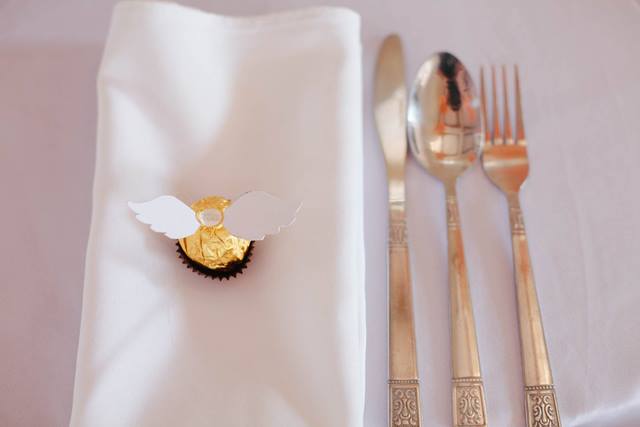 Paul gets to blow the candles on this three-layer cake topped with different HP-theme sugar art. At the side of the first layer stands a skillfully made Dobby figure – he seems just about ready to disapparate! The Marauder’s Map bearing Paul’s initial decorates the second layer while the third layer is a very life-like Hedwig ready to take flight. Finally, the magical sorting hat and the golden snitch top off this already awesome cake. 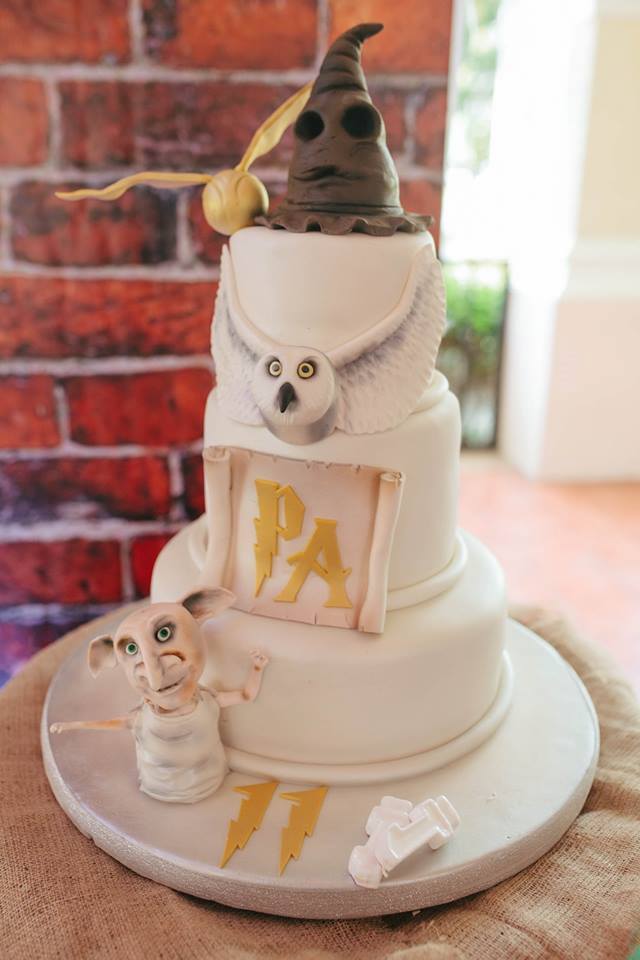 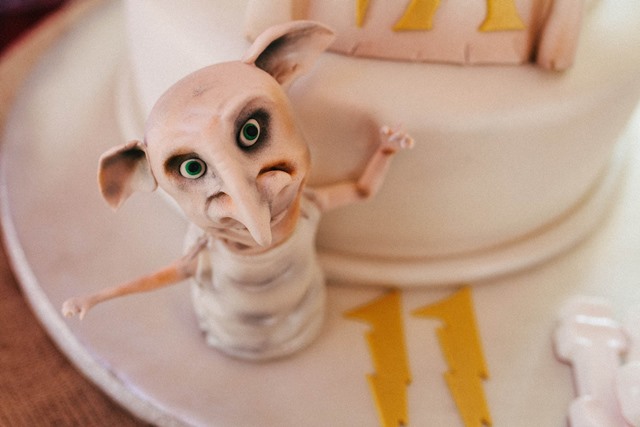 This Honeydukes Sweets Shop has run out of Peppermint Toads and Acid Pops but Paul’s guests were in for a treat with jars full of gumdrops, pretzels and cookies. There were also cupcakes with neat designs like Harry’s legendary lightning-shaped scar, the Griffindor scarf, Harry’s round-rimmed glasses, broom and the sorting hat. 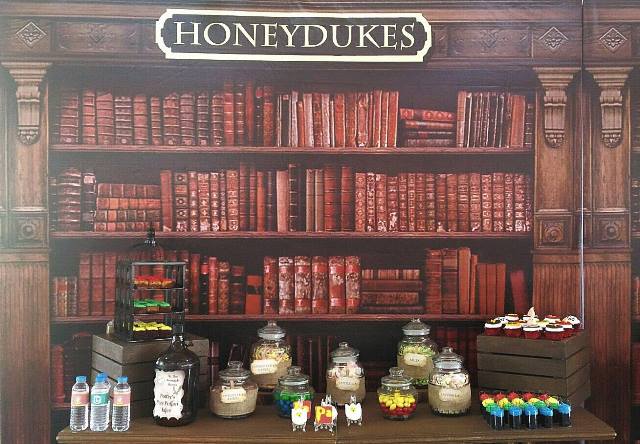 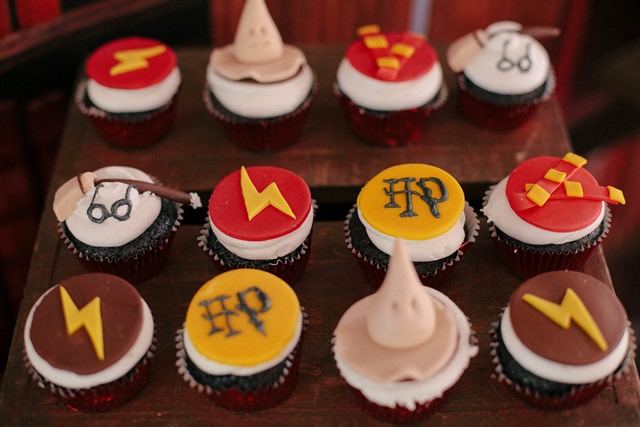 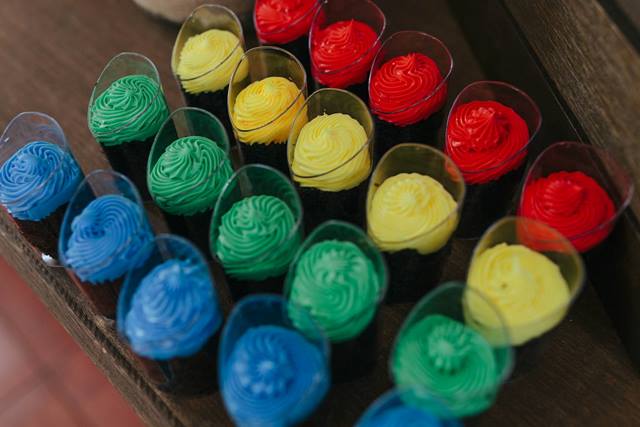 They aren’t serving Butterbeer or Gillywater but Paul’s guests can imagine they’re inside the Leaky Cauldron at Hogsmead Inn when they drink these refreshing fruit juices served in chic mason jars. 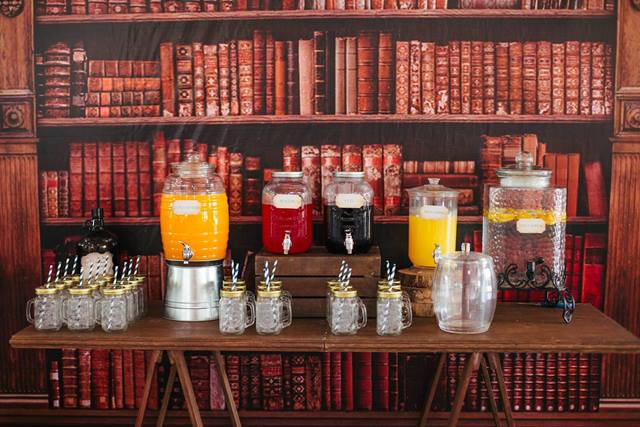 This isn’t Diagon Alley with its rows of shops but the Hogwarts Express food carts that were prepared for Paul’s guests to enjoy. There are goodies like ice cream, fries and hotdogs, plus wonderful, wafer-thin crepes that come with sweet but healthy fruit compote filling. 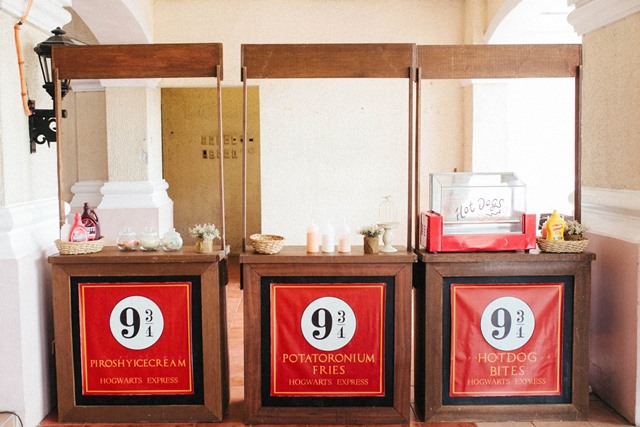 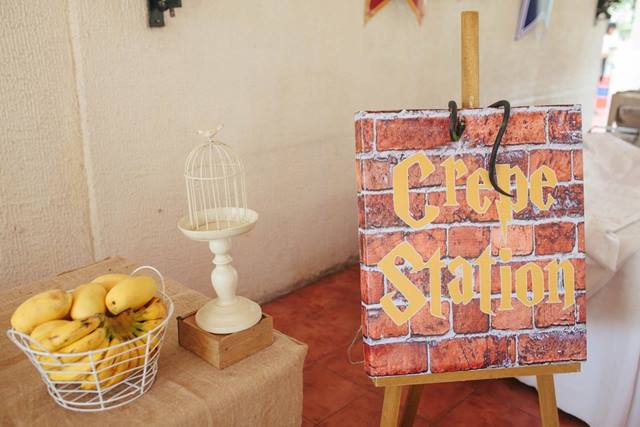 Paul and his friend try to master their aim with games like the ring toss, pop-the-balloon and shoot the ball. Winners took home lots of cool prizes! Oh, let’s not forget The Golden Show making everyone hold on to their seats with his amazing show. 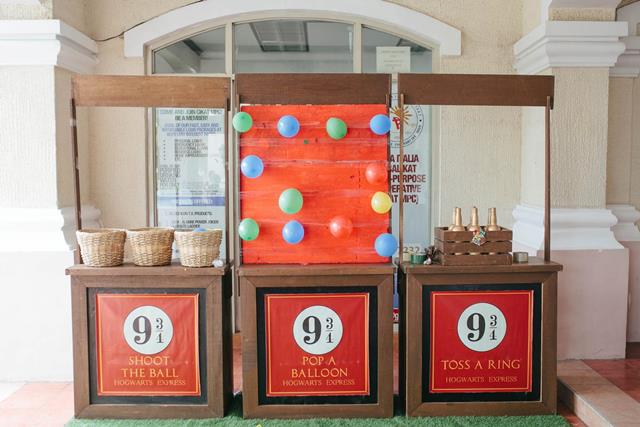 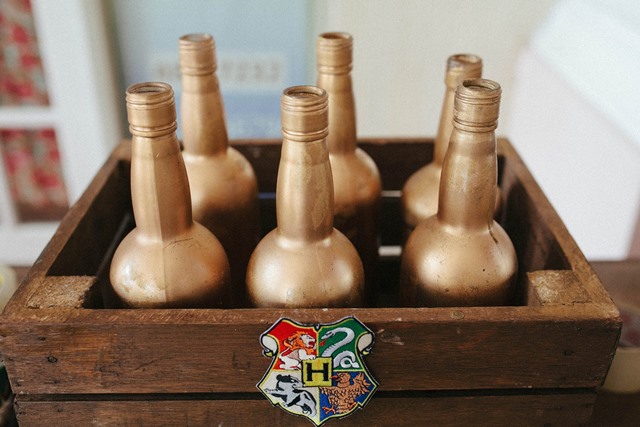 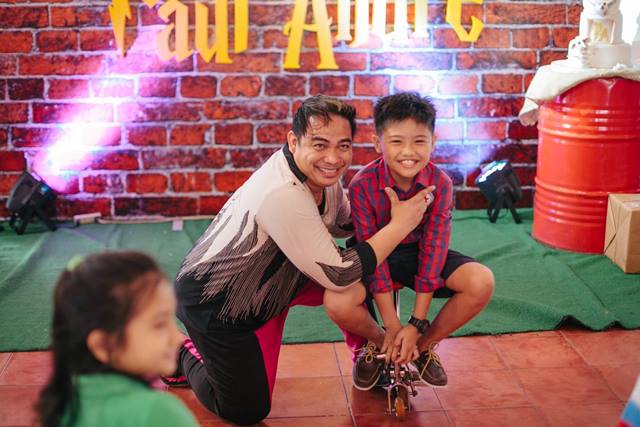 Paul’s photowall is the front page of the Daily Prophet. The news features everything you’d like to know about the celebrant. In addition, guests can take a photo like Sirius Black in an Azkaban Wanted poster. 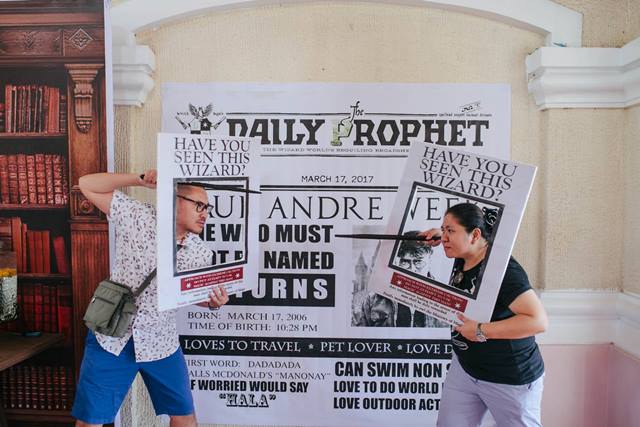 Paul sure looks like he’s having fun at his party! 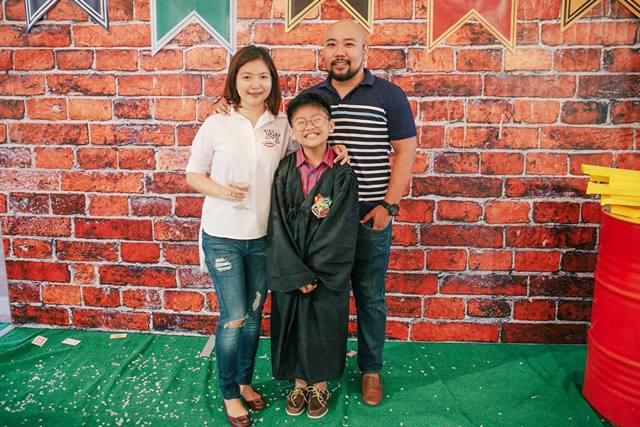