All animals are, without a doubt, adorable but if there’s one that’s both fascinating and fuzzy, it’s the llama. It looks like its cousin the camel, minus the hump. Since it’s just as cute, no wonder little Amara thought it’d be nice to have a llama share the limelight on her first birthday. The creatives at Little Red Riding Hood made everything possible, and of course, magical. If you want to know how they pulled it off, check out the fun, pastel pink-filled snaps from Everyday Sunday Studios below.

Acropolis Clubhouse was transformed into something whimsical and playful. At the entrance, two sweet-looking llamas standing guard and a bunch of floral prints greeted the guests — a lovely sneak peek of what’s inside! 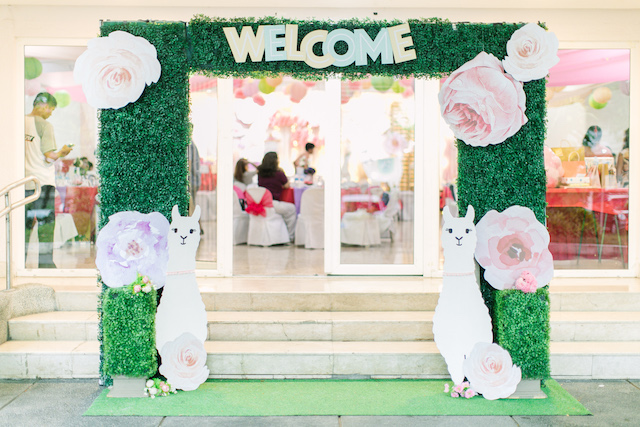 Stepping in, it was a pastel-filled fantasy wonderland that had our girlish hearts squeal with delight! Look up and you’ll see Japanese lanterns, swags, and flower pompoms in hues of apple green, peach, and baby pink. 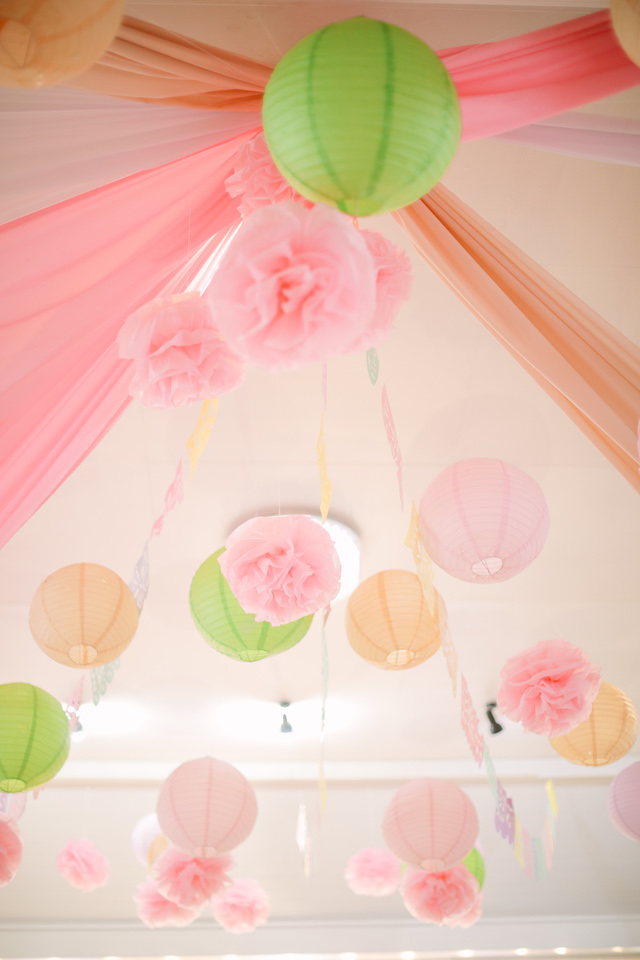 The stage, dare we say, stole the show! Four, cheeky-looking llamas took the centerstage with their colorful getups, while fairy lights and floral cutouts gave a touch of whimsy. We loved how everything looked tasteful, classy, and with the right amount of playful. 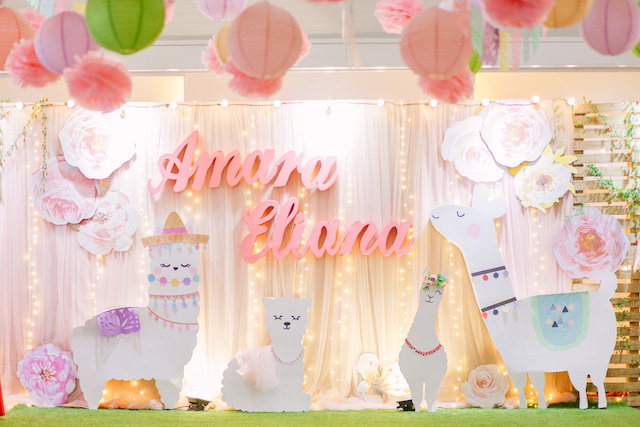 Of course, llamas were the highlights on tables as well. See that snoozing llama in her sombrero and fancy saddle? Let’s all agree that was such a cutie but only next to li’l Amara, of course! A tiny bucket filled with blossoms of deep purple hydrangeas wonderfully completed the décor. 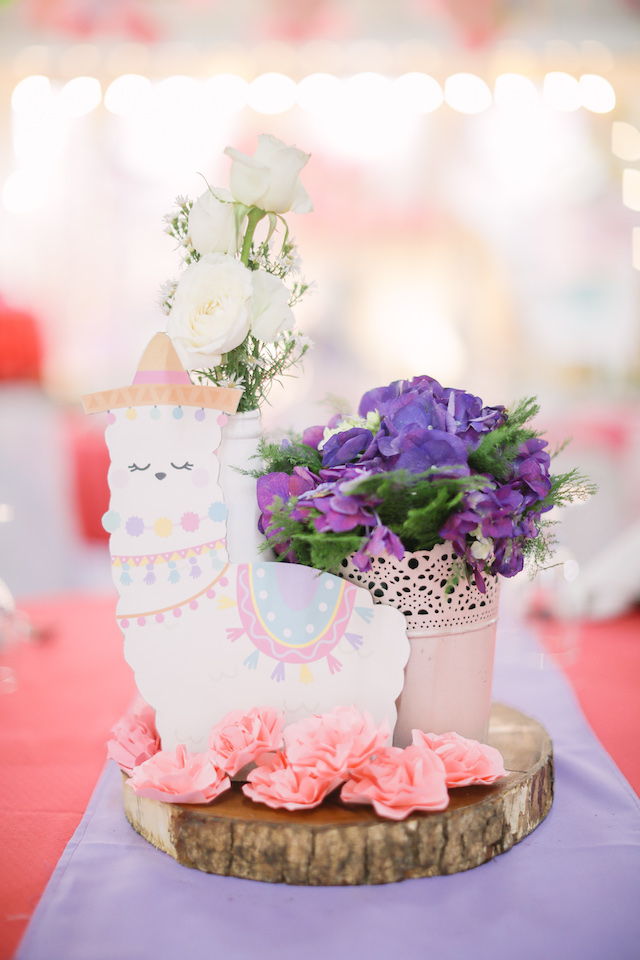 What’s a birthday celebration without the cake? Young Amara had the most delightful llama-bedecked confection! Crafted from the kitchen of Sugarplum Pastries, the two-tiered pastel creation was so divine! Our little celebrant was turned into an adorable topper while a winsome llama was a-strutting among thorny cacti, giving us those South American vibes! 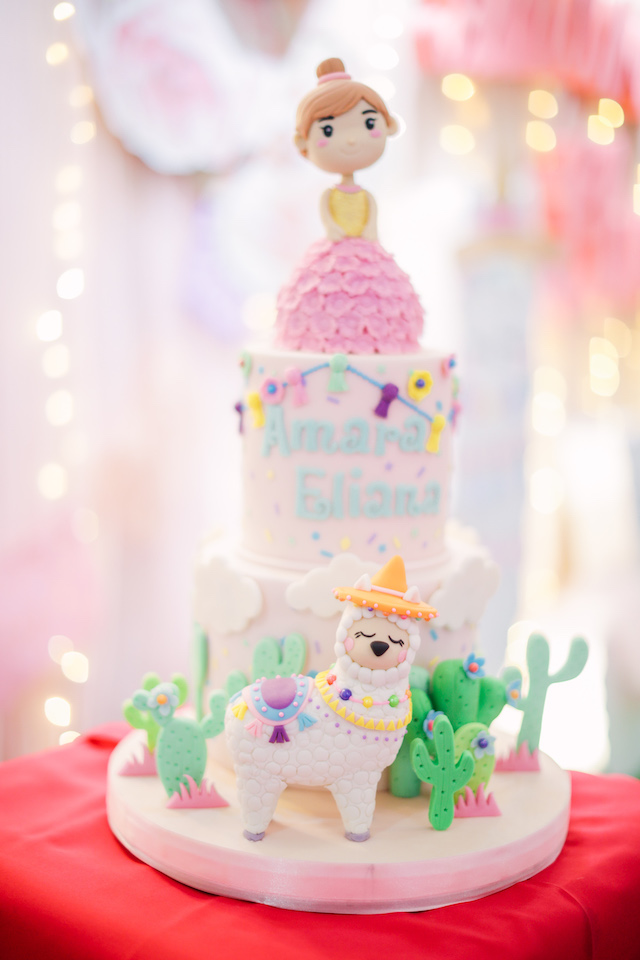 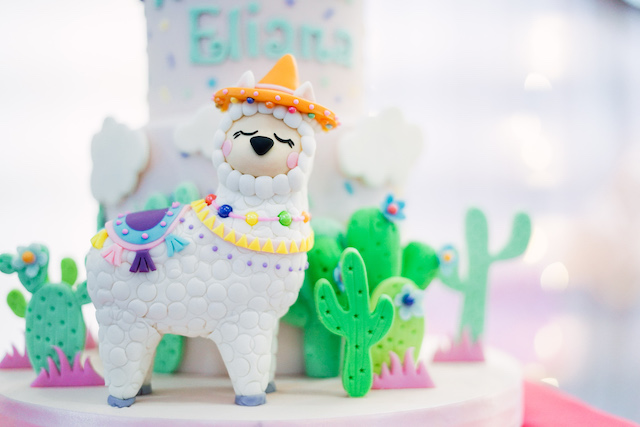 Sugarplum went ahead and created fanciful sweet treats for everyone to enjoy. Scrumptious cupcakes, cookie pops, and donuts were all so intricately decorated, making them oh so hard to gobble up in one bite! Just look at how the sweets were looking like eye candies — another uniquely Sugarplum Pastries trademark! 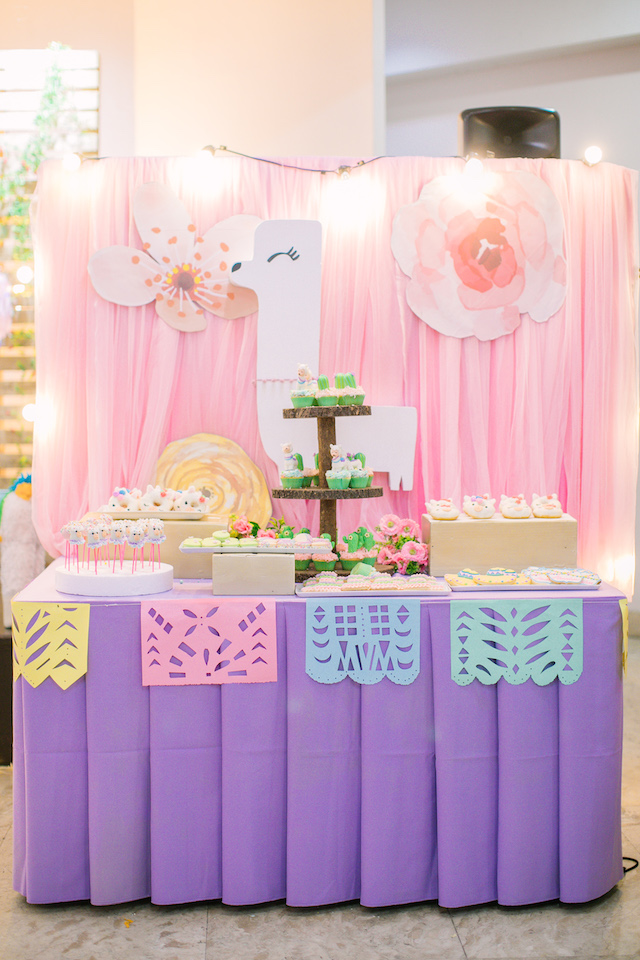 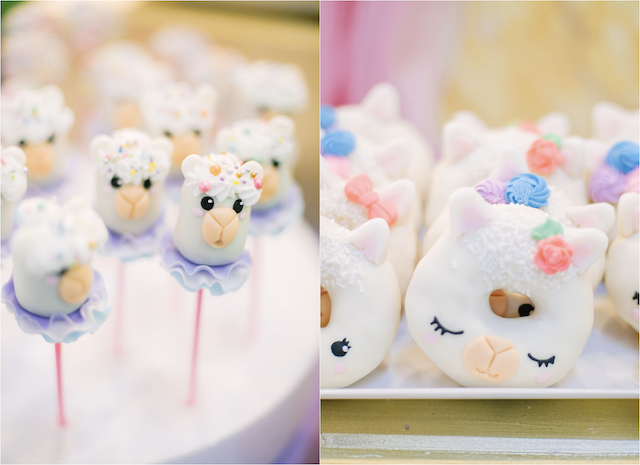 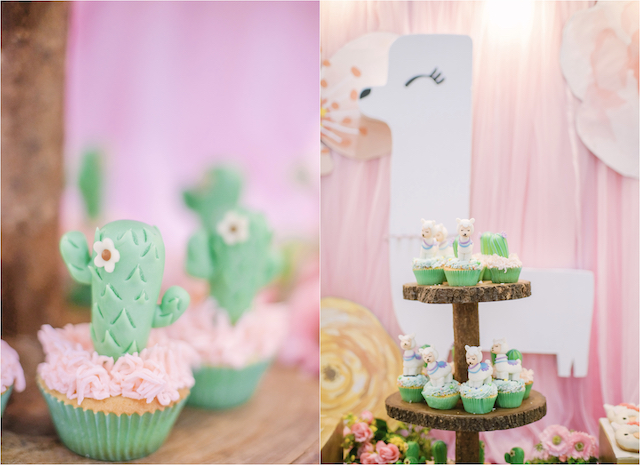 For guests with nary a sweet tooth, there was something for them, too! They had a choice of French fries from Potato Corner, as well as nachos and mixed balls from Party Carts Manila. And since kids will be kids, there was milky ice cream from Merry Moo and fluffy-as-a-fleece cotton candy from Fluffed, too! 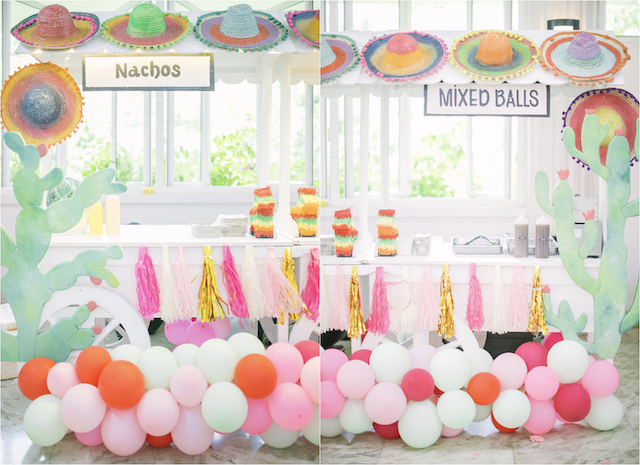 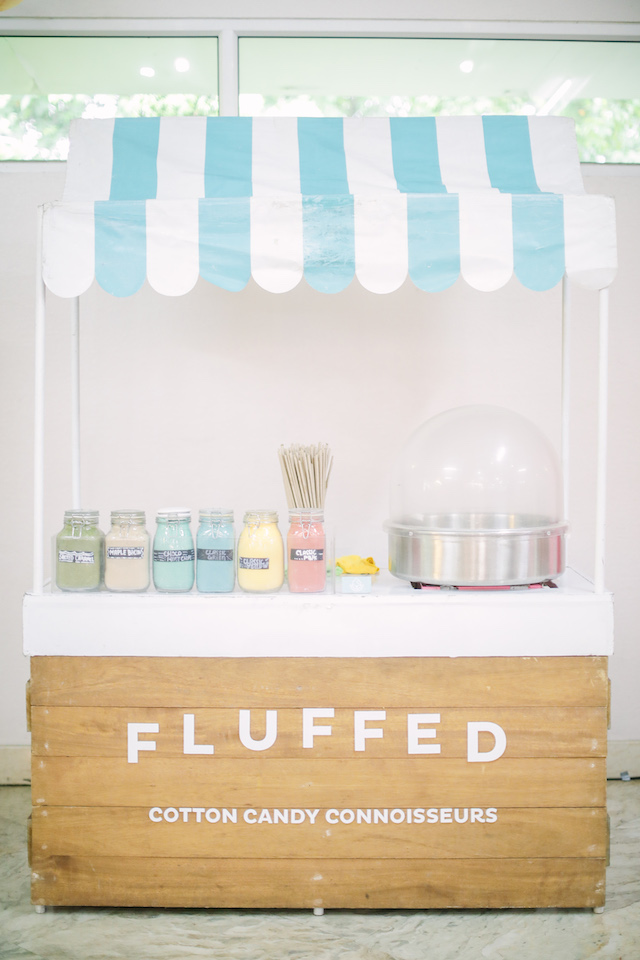 As the show’s host, Chris Lina got the ball rolling in no time. Kids and kids-at-heart had a total blast joining in the fun. Just look at their faces, beaming with joy! Parlor games had everyone participating, and that’s all thanks to the engaging host. 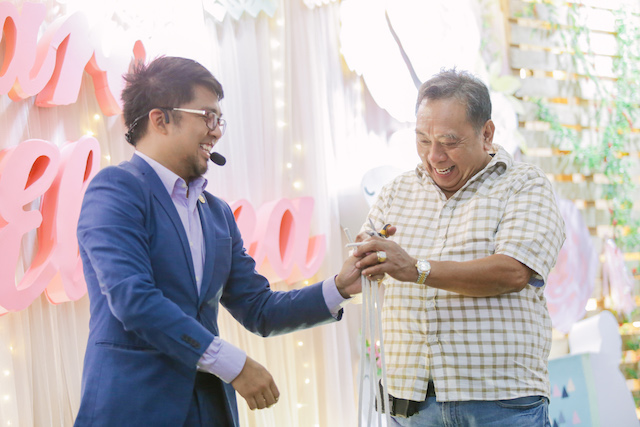 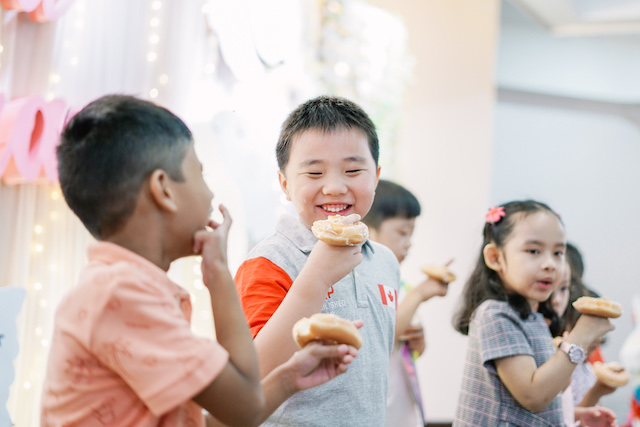 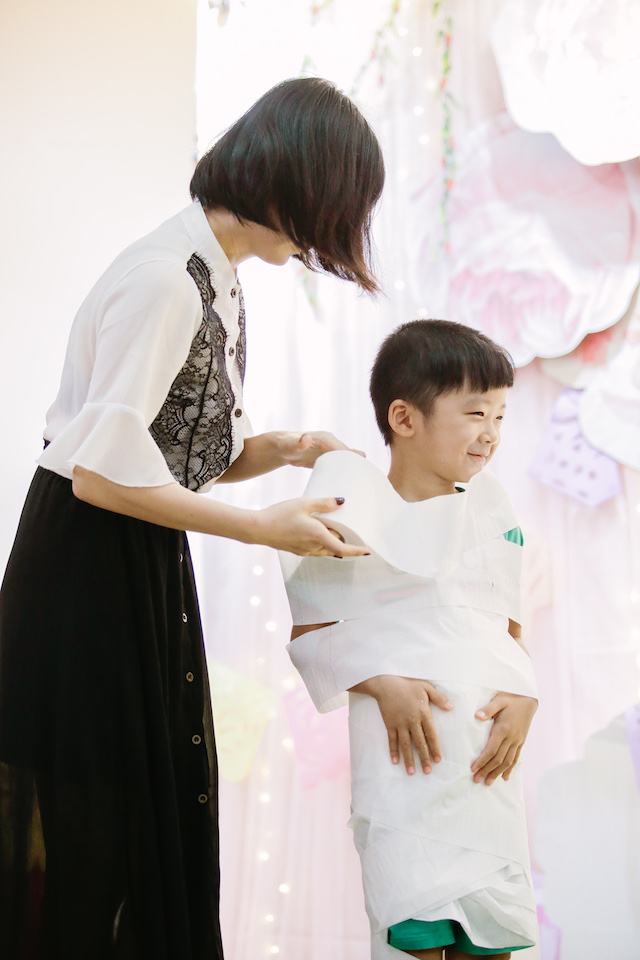 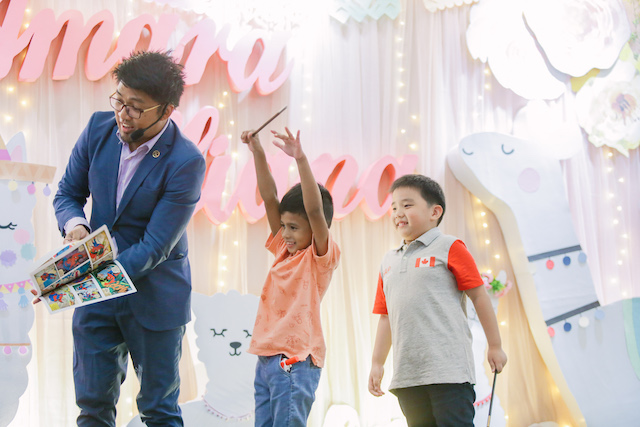 Of course, performing group Tectonix did a Marvel-themed number that had the young VIPs sit up and watch. Who wouldn’t, especially if you’ve seen how fantastic they were? 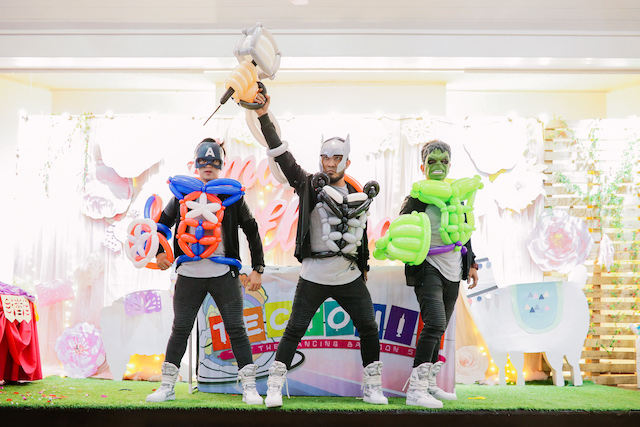 What’s a fiesta without the ubiquitous piñata? Piñatamanila.ph made one in the form of a white llama that’s filled to the brim with confetti and candies, which rained on every kid who tried their best to grab some of the loot. 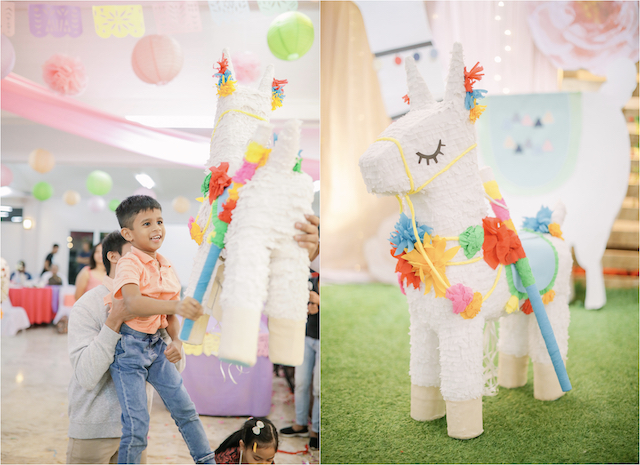 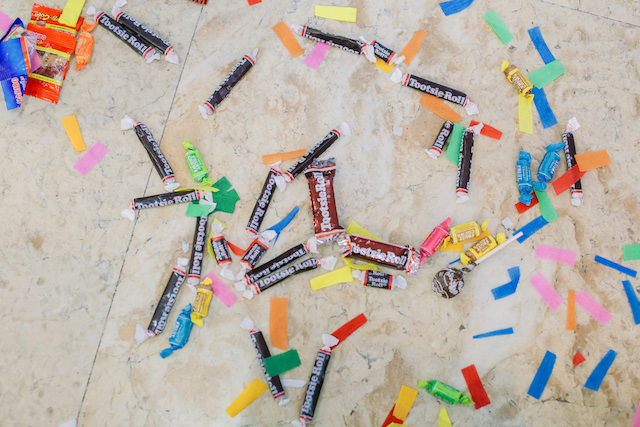 The kids were able to have their slime kit, packed with love by The Party Project. Once they’ve opened the box of goodies ala Pandora, it was time for a bit of messy, gooey fun—just like how kids love it! 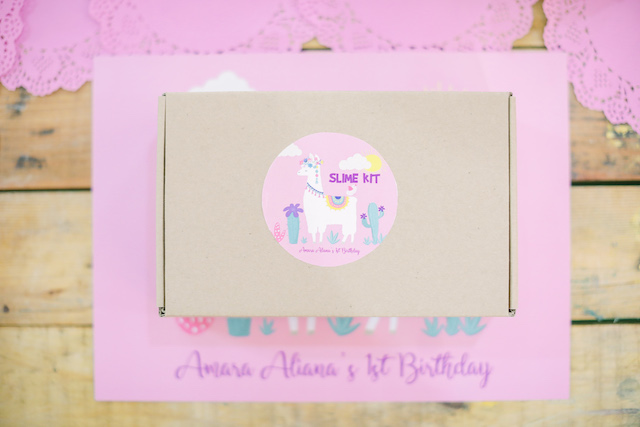 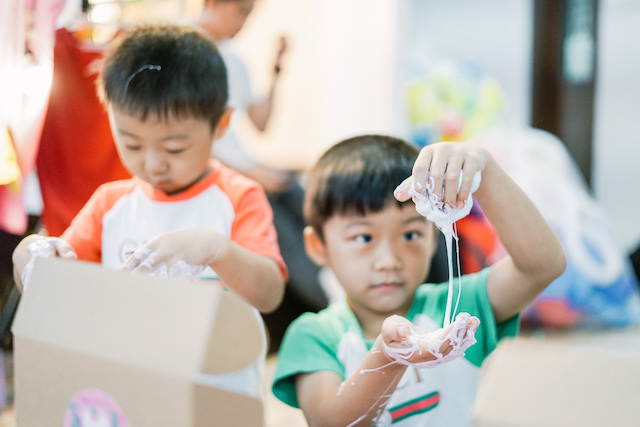 A nook was transformed into a mini-gallery of sorts for baby Amara, and boy, it was truly pretty in pink! Done in an ombre style, the curtains and rugs beautifully transitioned from light to dark. Aside from the endearing baby snaps, what really caught our eye were the charming deets. Coral pompoms, powder pink paper flowers, bright lights, and a napping llama filled the absolutely Insta-worthy spot! 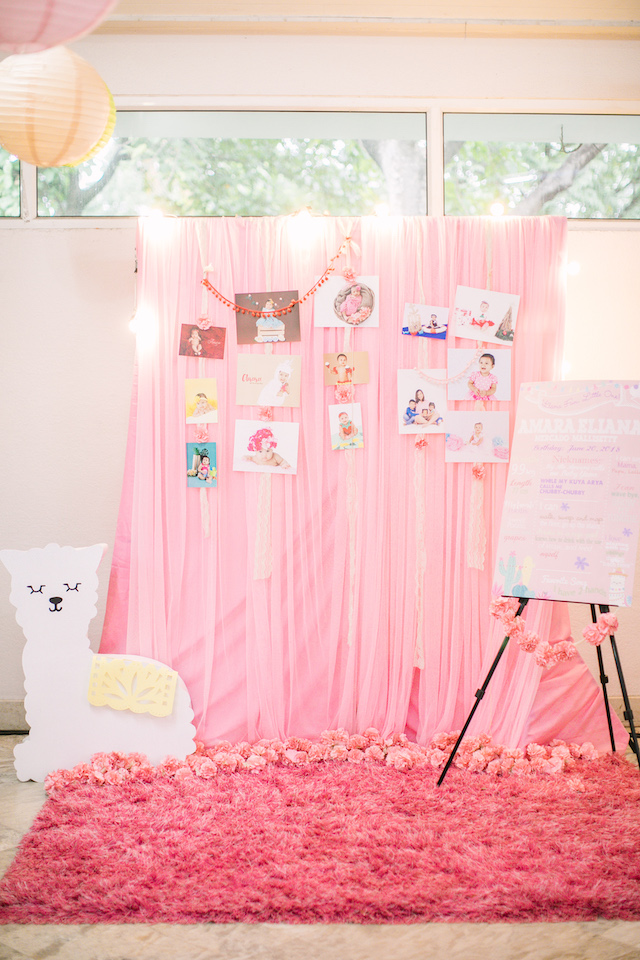 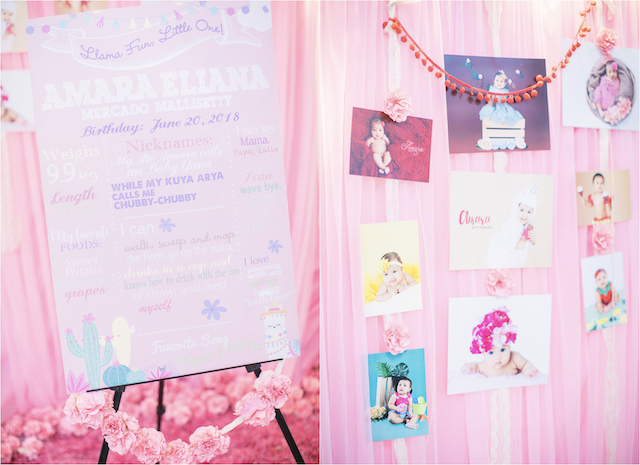 Guests get to take home something from Hello Rainbow Goodies—a llama-decorated lunch bag! It was a nice token of gratitude for everyone who took the time to celebrate with young Amara and her family. 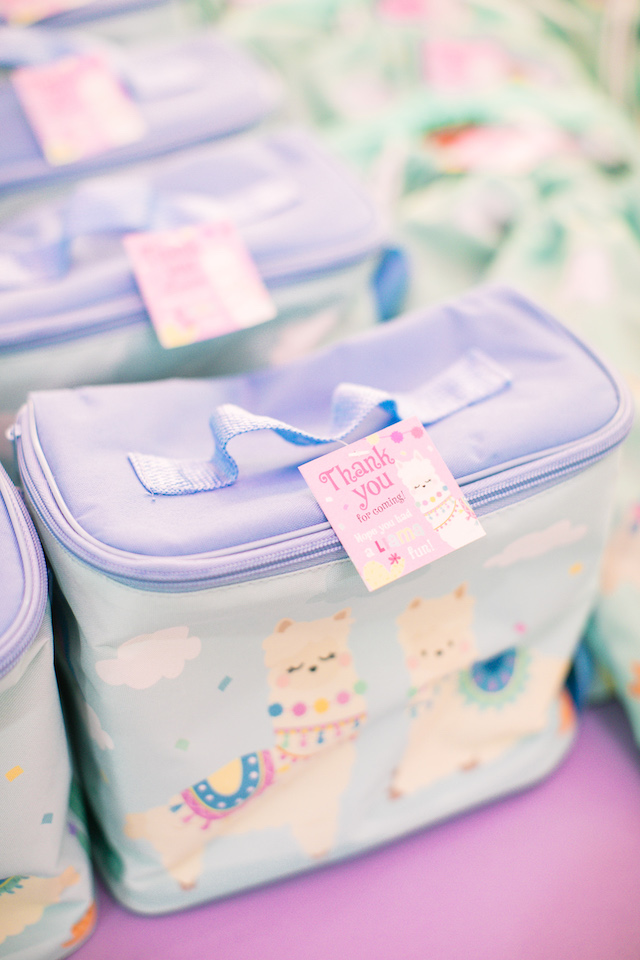 Amara was the star of the day! She wore a pink lemonade gown made by the renowned Filipino designer, Edwin D. Tan. She is such a sweetheart, indeed. 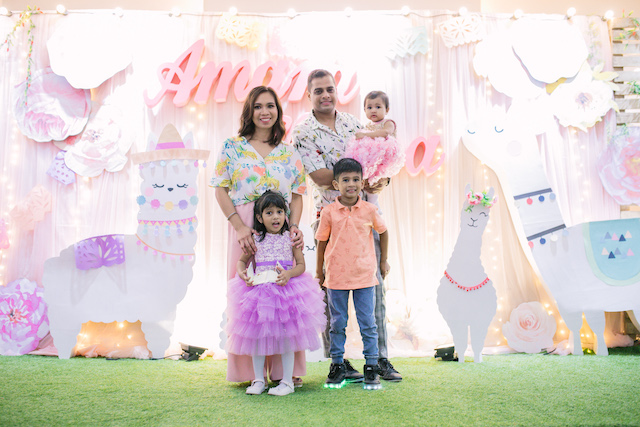 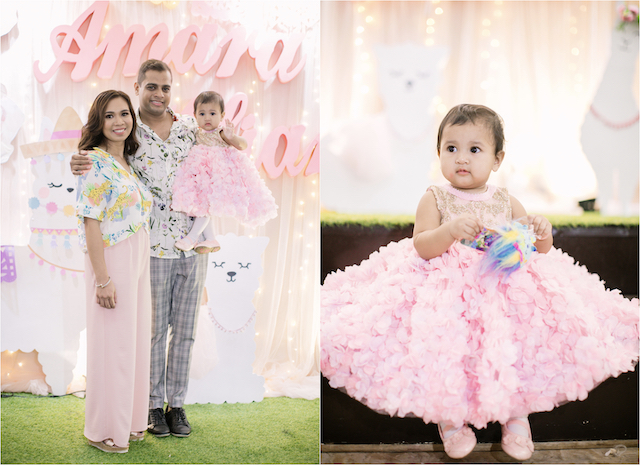