Everyone, watch out! We’re currently in a wild chase with this little cutie aka “Baby Ken” because we badly need his help to take us to the party scene. Whether you’re one of the good guys or even part of the naughty villains, there’s no need to worry because Ken’s Cops and Robbers-themed party is filled with action-packed details everyone will surely love. With handcuffs, wanted posters, police cars and money bags, everything about Ken’s party screams badassery to me. Wonderfully styled by Bicycle Studios Manila, they cleverly used details that instantly build an air of pure suspense and action at the party. If you’re up for a little running, jumping and rolling, then join us as we head on to Ken’s birthday party. 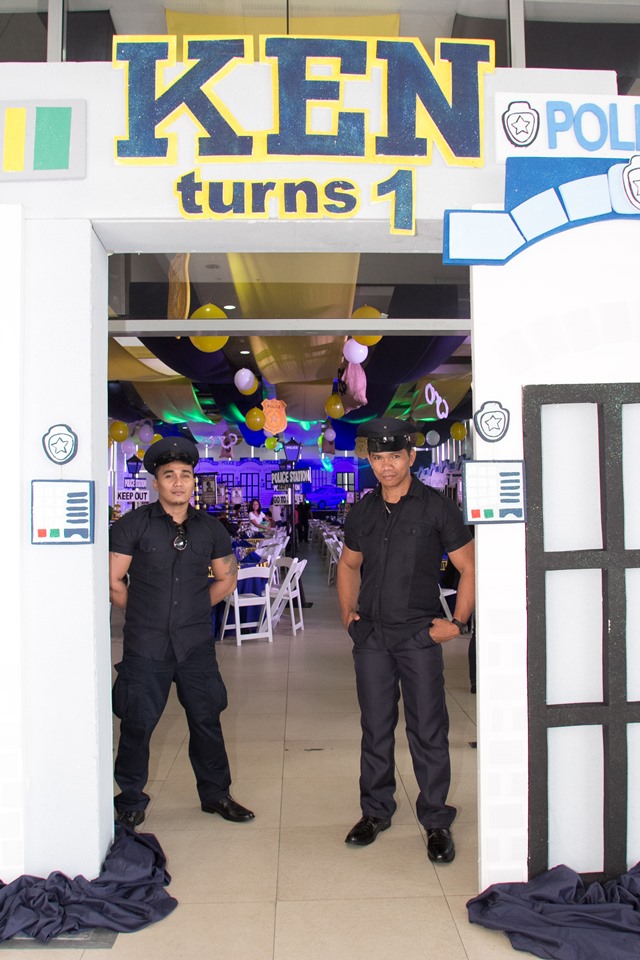 Colors of blue and yellow were used as the main color motif of Ken’s party. Aside from the swags and balloons used at the ceiling, check out those handcuffs, money bags and police badges also known as “crucial details” that were injected as part of their ceiling treatment. 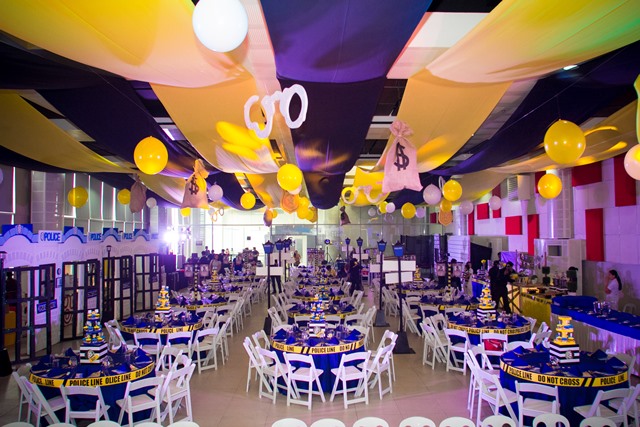 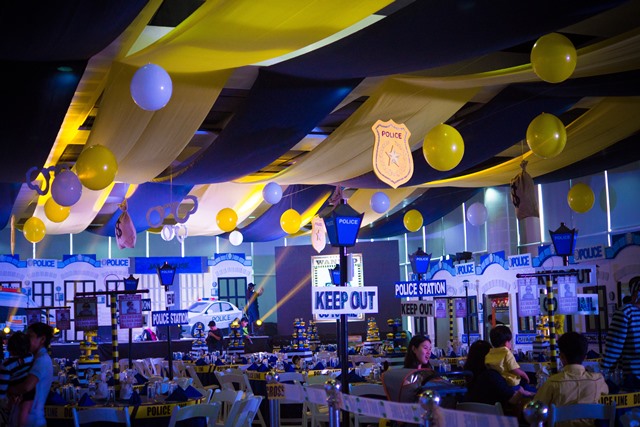 Extra details such as these posts that carry several signage and wanted posters wouldn’t go unnoticed by our watchful eyes. In fact, these details added extra charm to the venue. 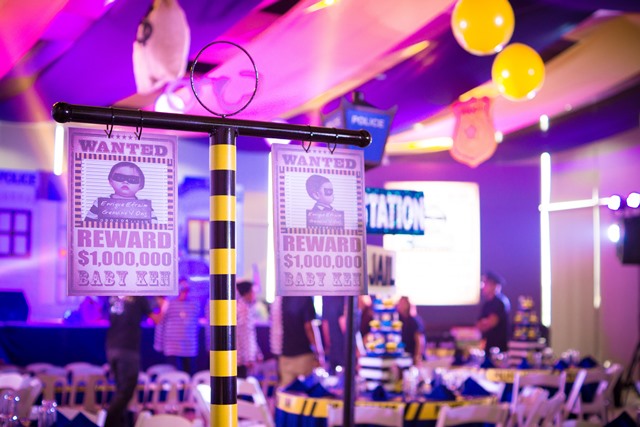 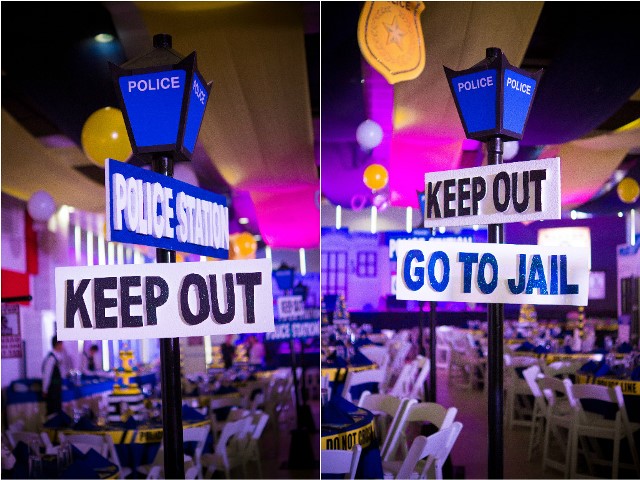 Well, there’s no mistaking what the theme was with this backdrop set. For their stage backdrop, two police mobiles were at the front and center of the setup with the façade of a police station as the background. There’s also K-E-N letter standees painted in black & white stripes, blue and yellow to match the theme. 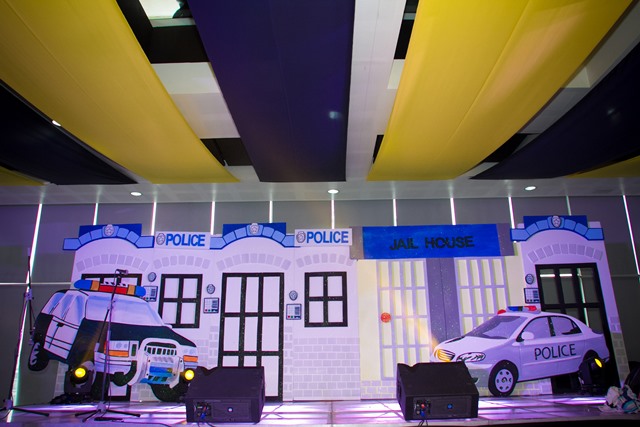 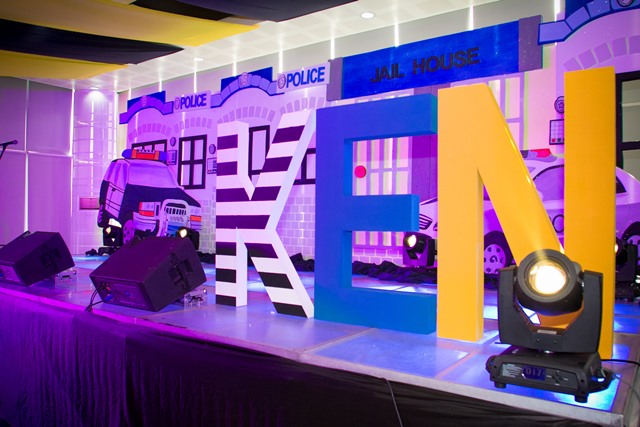 Hand me those cupcakes and nobody gets hurt! Check out their cool table setup. Using blue table-cloth with police tape attached to it, the centerpiece details they used made sure everything clicked together. Each table has its own cupcake stand filled with yellow and blue cupcakes for their guests to enjoy. They also scattered some gold coins and candies making this setup act as both table centerpiece and mini candy bar for their guests. Clever much! 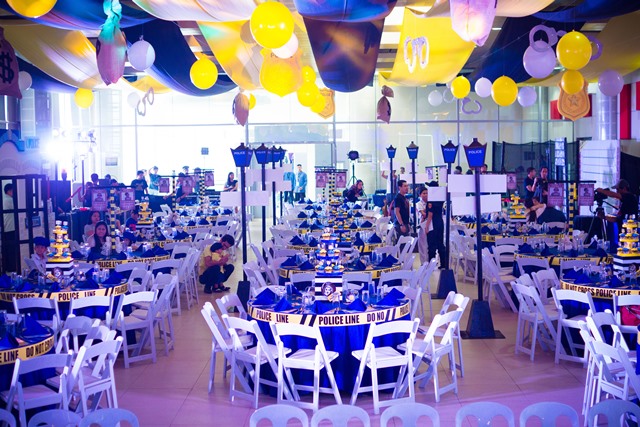 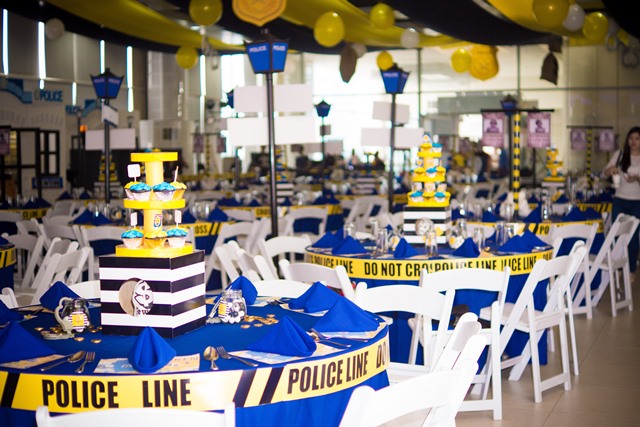 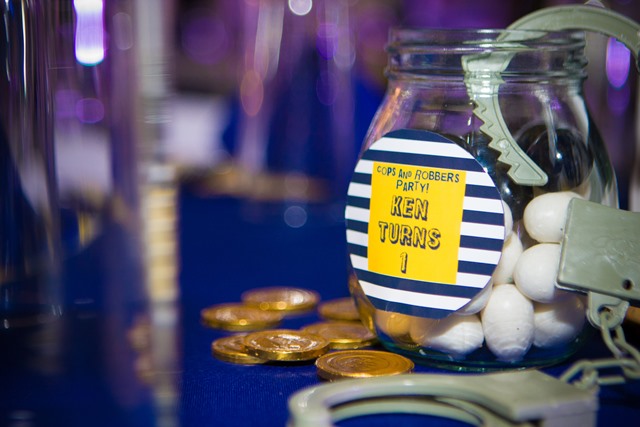 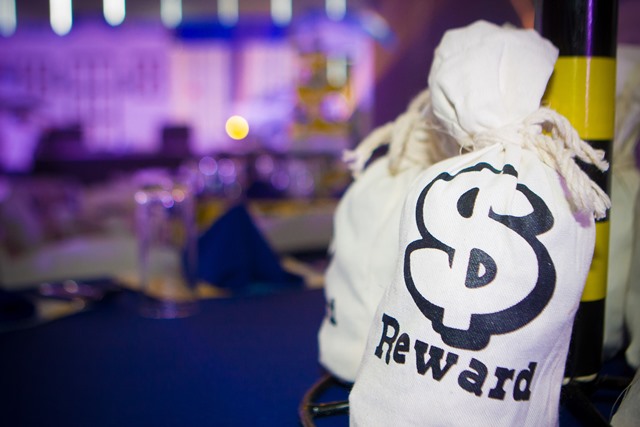 Giving their food cart setup a “Cops and Robbers” twist, I love their idea of giving their guests the complete experience by letting them go inside these mock-up police station to get to the different food carts. 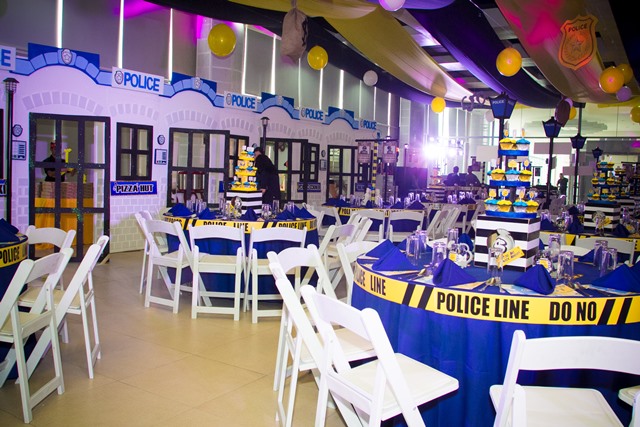 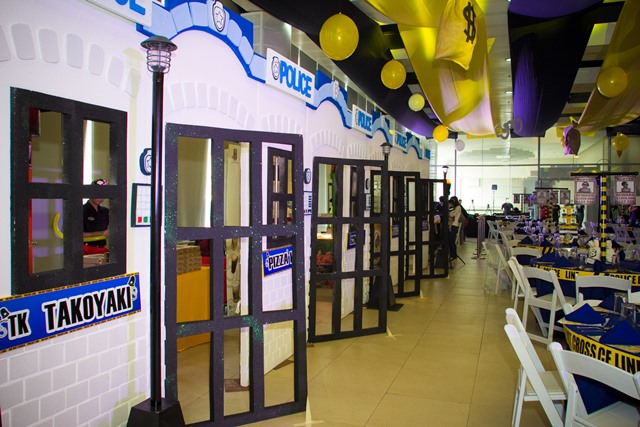 Anyone up to have their mug shot taken? Guests were invited to have their souvenir shots taken with this police line-up background. Teehee! 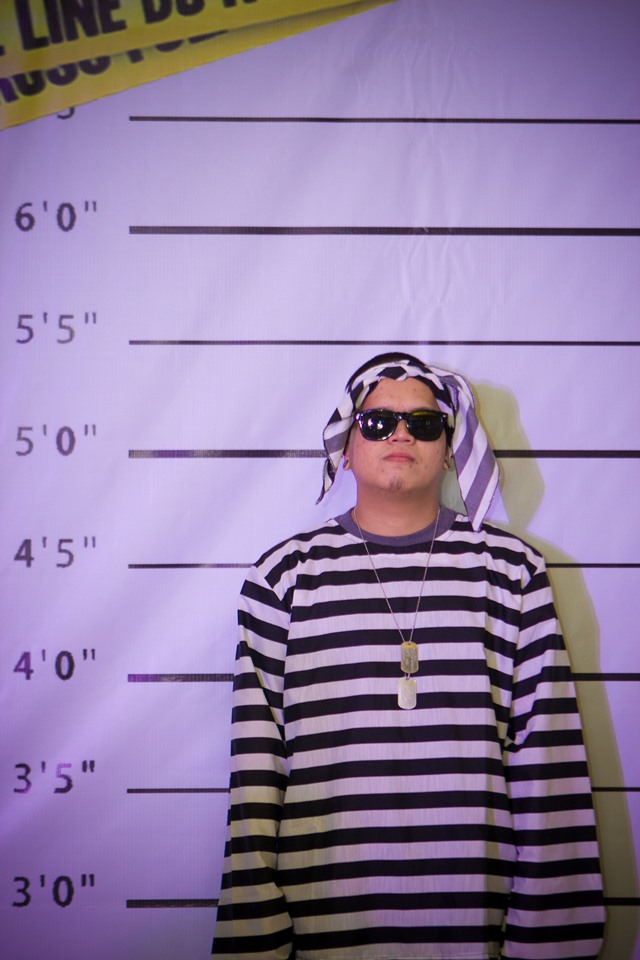 Ken’s 3-tier cake features this theme in each layer. There’s the Cops at the bottom layer, the Robbers at the middle layer while various police tapes adorn the top layer. 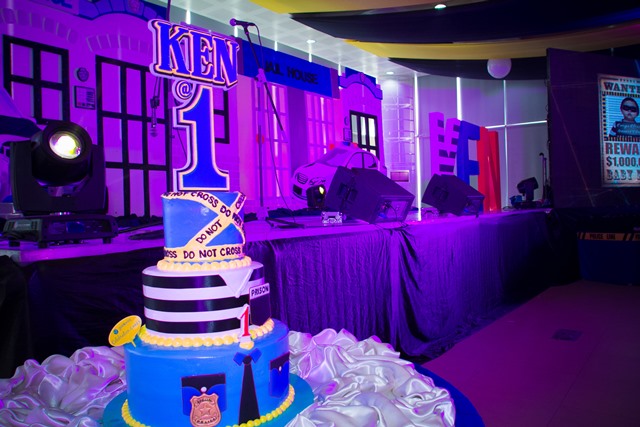 These kiddie police bags were handed to Ken’s little friends who joined the celebration. If you look closer, it even comes with matching plastic handcuffs! 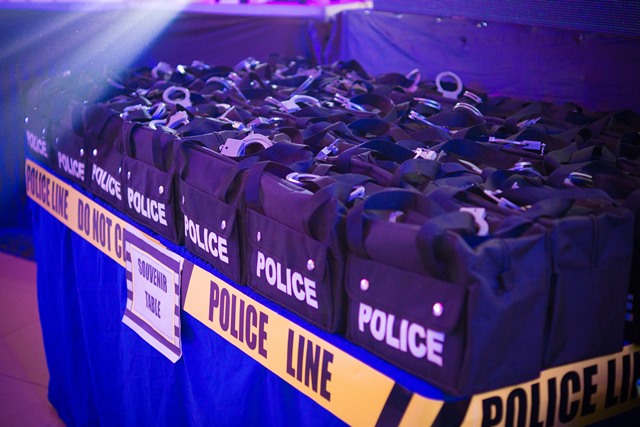