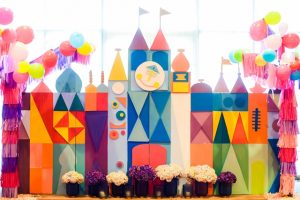 It’s a Small World Theme Party Ideas To be among the “Disney Imagineers” must be one of the greatest jobs on earth… Imagine what it would be like to conjure magic by combining artistry with science and technology. This is what the “Imagineers” did when they created a boat ride which they called “It’s a […]