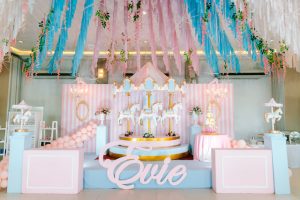 Pink Carousel Theme Party Ideas Who doesn’t love a good carousel ride? The beautiful lights, enchanting music, and all the whimsical horses that took us to Dreamland. The Party Project Manila turned The Clubhouse at Third Greenmeadows into every child’s pastel wonderland; and thanks to Harry Lim Photography everyone has the chance to relive the […] 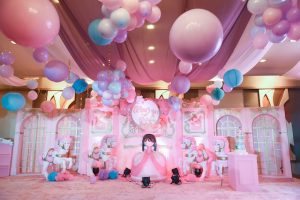 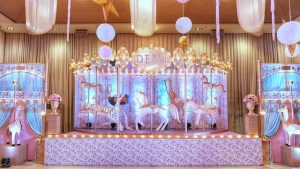 Grand Carousel Theme Party Ideas Get ready for a merry-go-round of a lifetime, as we celebrate Demi’s first ever birthday in a dainty and grand carousel-themed party! Carousel Events definitely brought the glitter to this function hall-turned amusement park. Check out these awesome snaps by Lester Sy Photography. Welcome to Demi’s Carousel! Guests were greeted […]