Here at Party Doll Manila, we’re always excited to feature parties with a unique take on fairly common themes. If you feel the same, what do you think about dinosaurs but with a modern Scandi twist? Can’t wrap your head around it? Well, it’s truly a wild, roarin’ party for Pio’s first birthday, styled with tasteful elegance by the creative hands of Party Magic. A fete that’s one for the books, check out the wonderful snaps from the fantastic team of Everyday Sunday.

Outside the venue, guests were greeted by a pint-sized T-rex and a wonderful balloon décor of white, metallic green, and gold. Further in, an arch with a Piosaurus head welcomed all who dared to explore the wilderness! 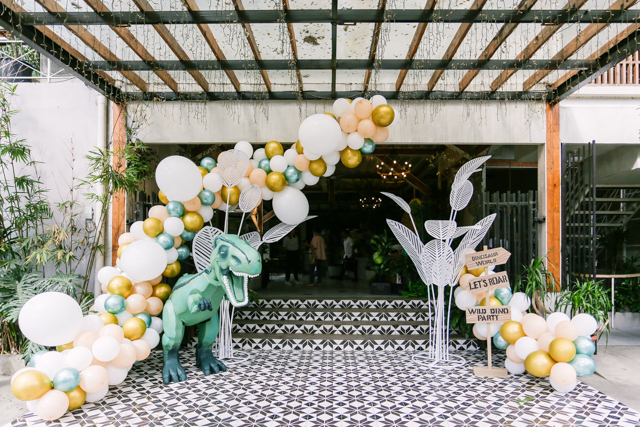 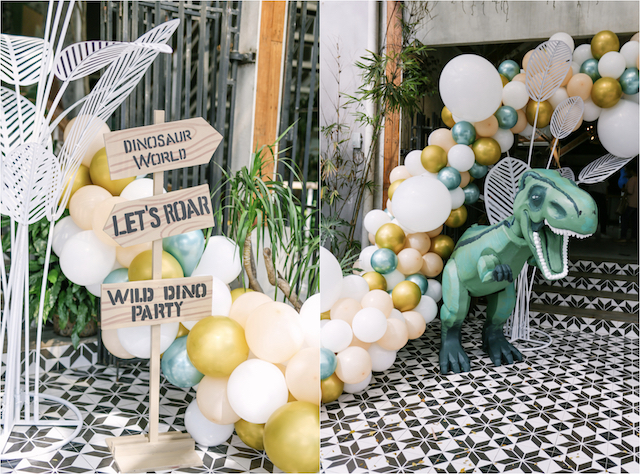 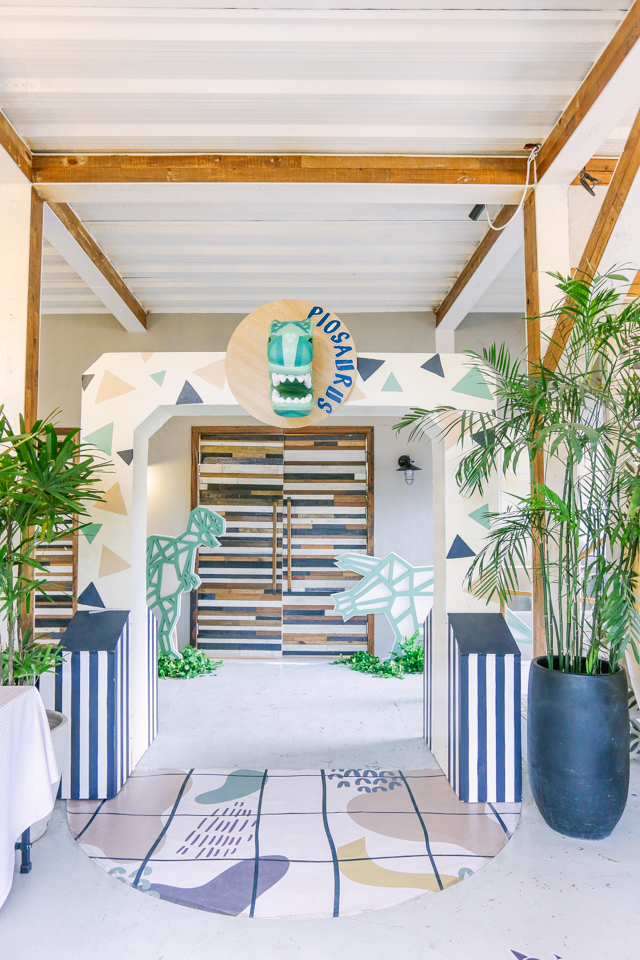 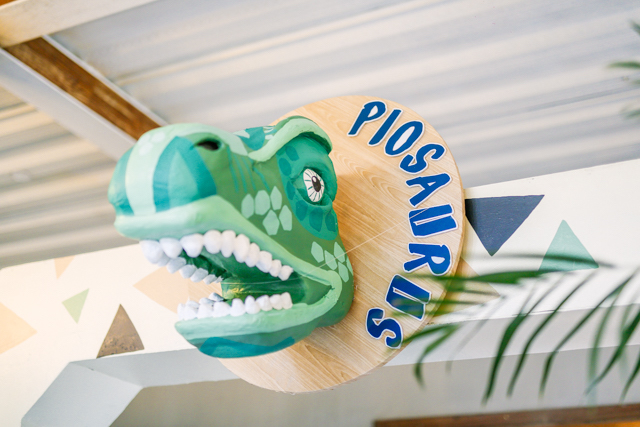 In place of the usual dino statues were two geometric-shaped tyrannosaur and triceratops. And if we let our imaginations run wild, we’d think they’re poised for a battle! 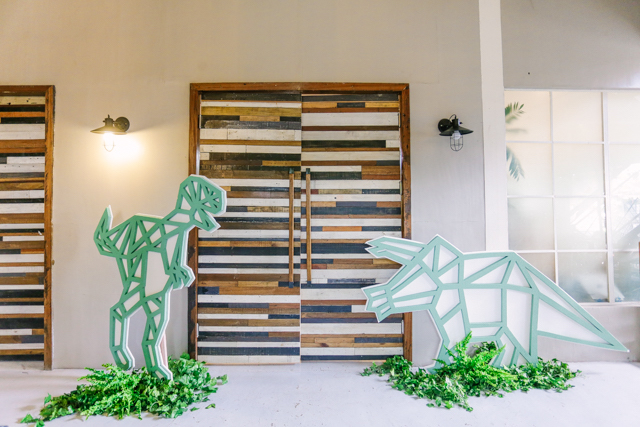 Venue décor dictates the overall vibe of a party, and in this case, we’re picking up chic Jurassic. Instead of colorful swags, there’s lush greenery in the form of sprawling vines up in the ceiling. Hanging tetrahedron and octahedron planters added a bit of flair and modernity to the natural setup. We loved how the transformed room still appeared bright and airy, all because of the cohesive, muted palette. 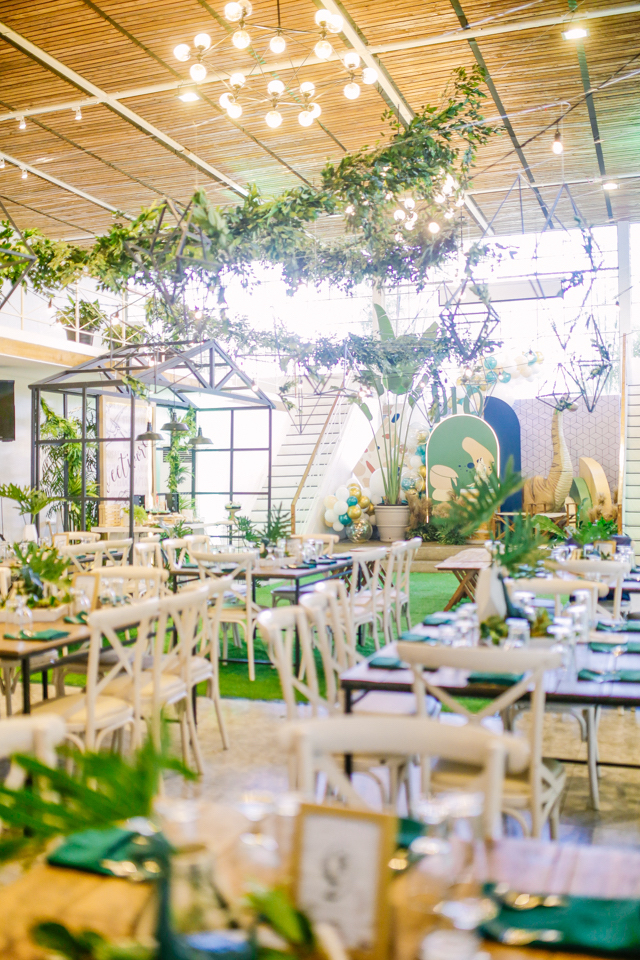 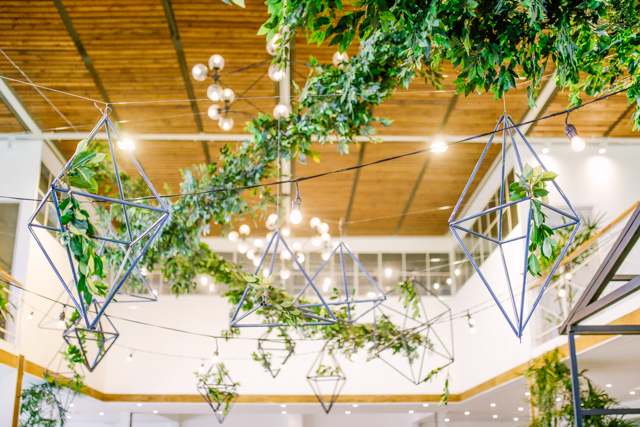 Another charming spot in Pio’s party is the stage, snugly nestled between two stairs. Balloons, beautiful foliage, patterned prints, and an adorable brachiosaurus made up the lovely, well-thought-out stage ensemble. We love how the cake took center stage as well, sitting atop a wooden barrel. 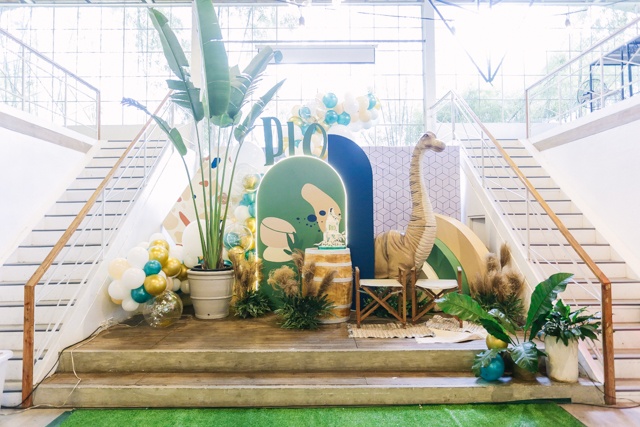 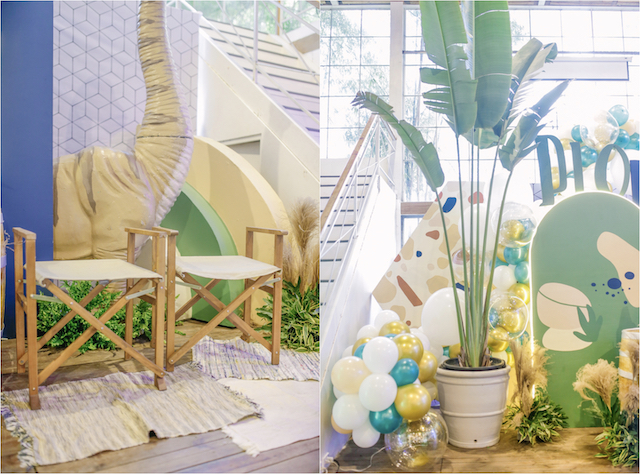 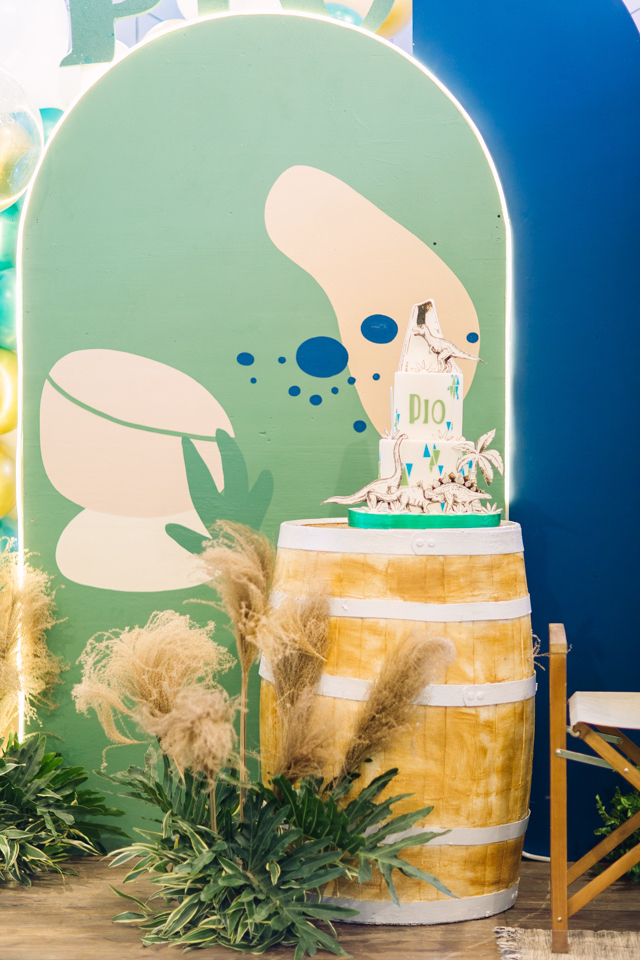 True to theme, foliage was abundant, even on table centerpieces. Taking the place of usual bouquets are box-shaped plates filled with dried moss, leaves, succulents, and a toy dino — one was even munching on a leafy branch! It’s like a tiny diorama of sorts, which is definitely clever! 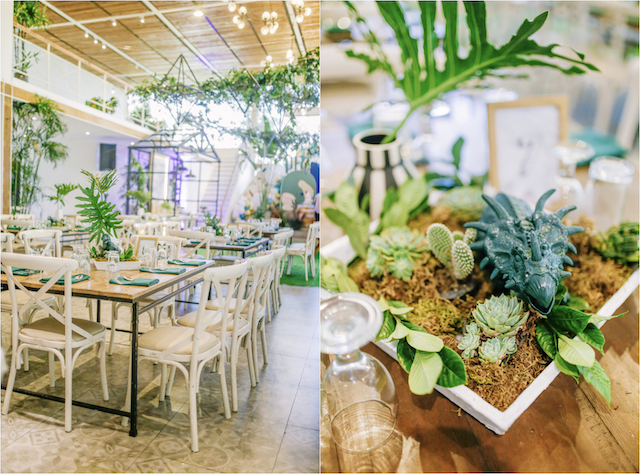 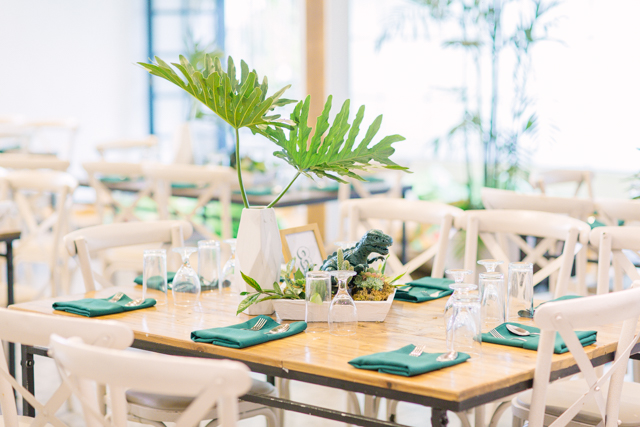 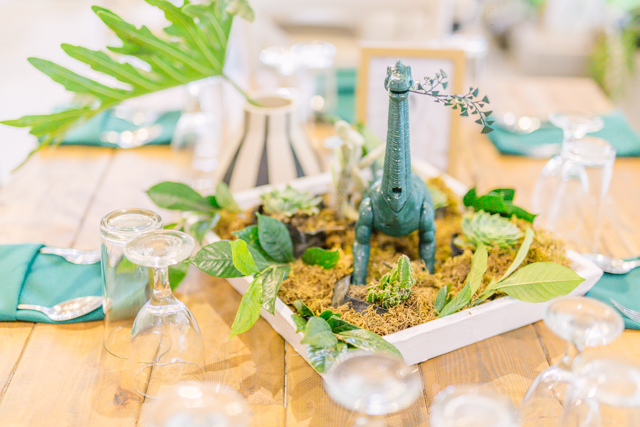 Sugarplum Pastries is known for their elaborate, breathtaking creations, but this time, they toned it down a notch. Instead of the colorful molded deets, accurately drawn cutouts of dinosaurs decorated the white, two-layered birthday cake. Fret not, for pops of vibrant blues and greens added color. 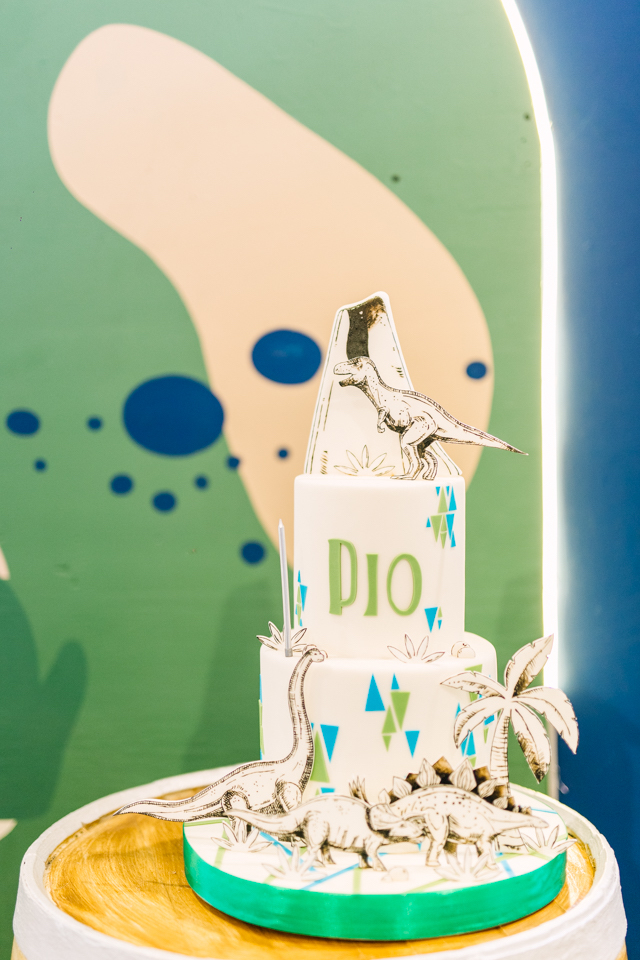 The highlight of every dessert spread is, of course, the sweets. But, we’d like you to appreciate the witty “Sweetivores” sprawled at the backdrop. And indeed, it was truly a feast! An assortment of cake pops, cupcakes, and cookies had everyone lining up for a treat or two. Like the cake, desserts had a tasteful design, with hints of playful hues. 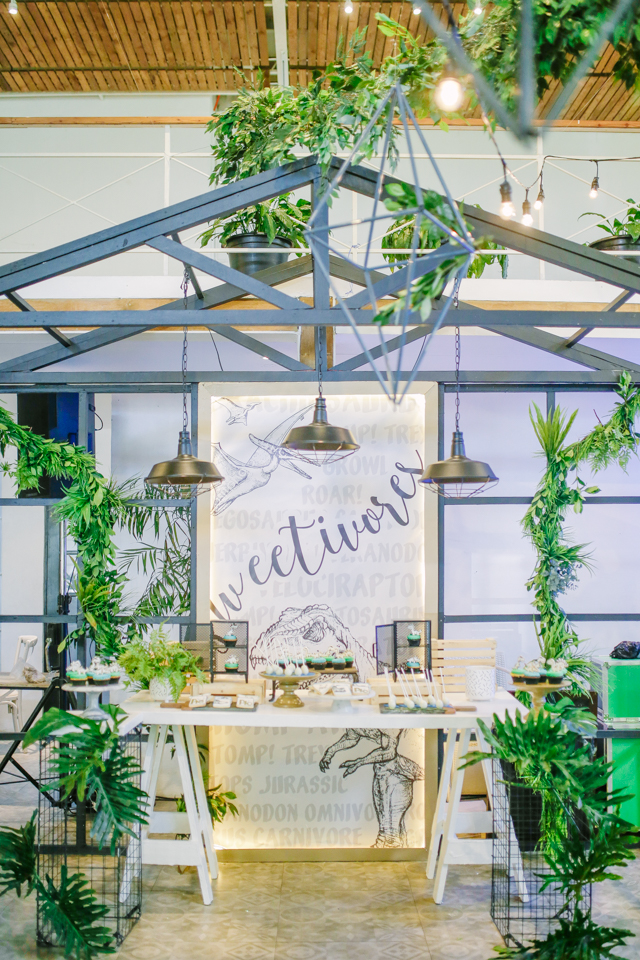 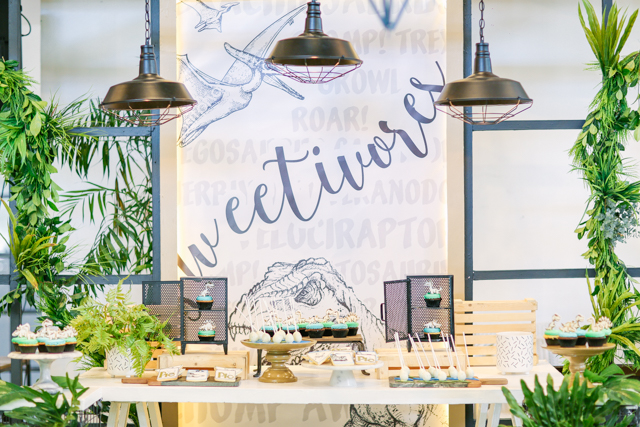 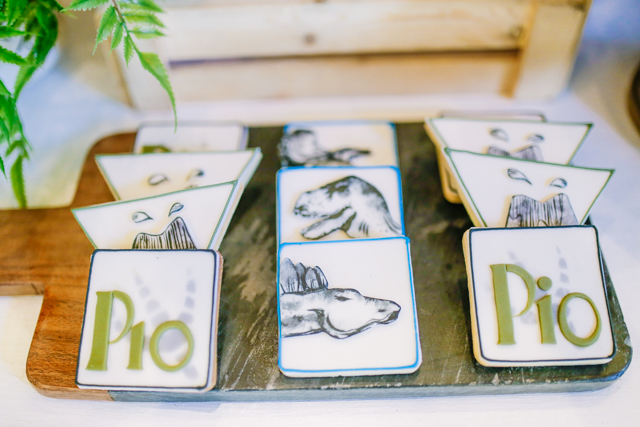 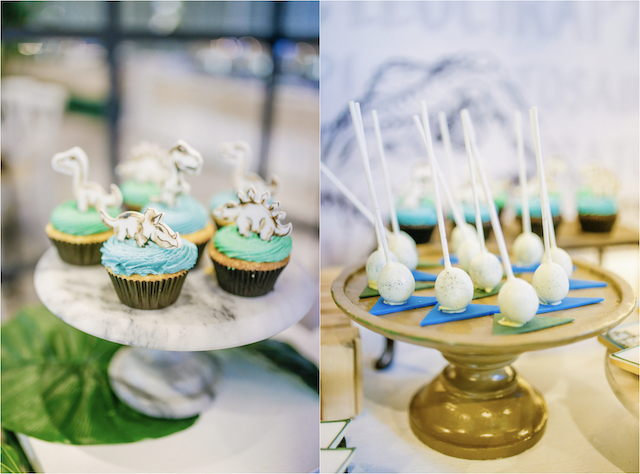 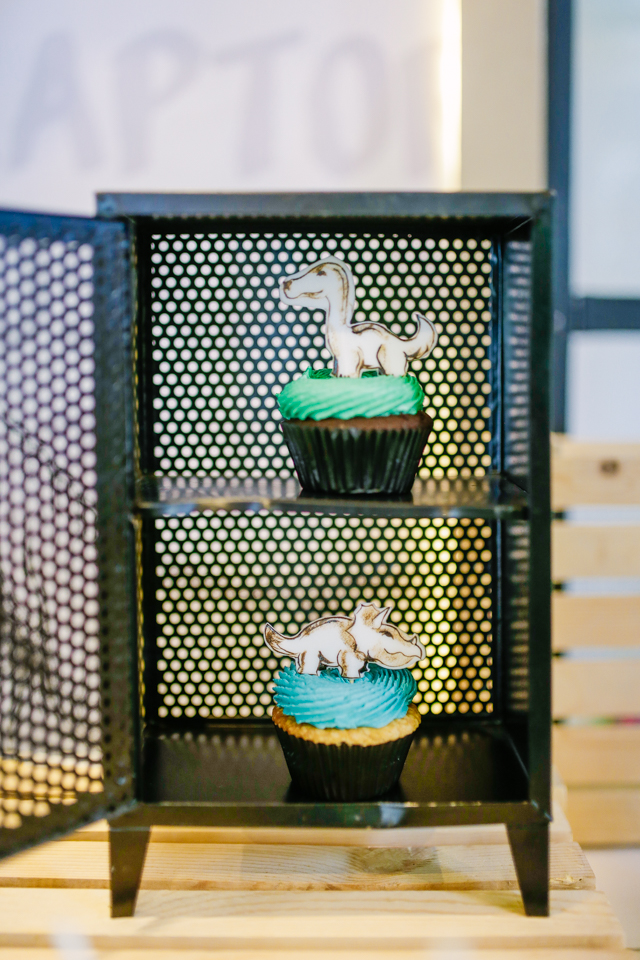 Photowalls rarely get the attention it deserves, but we’re glad to discover one like a rare fossil! A friendly-looking triceratops poked its nose at an egg-shaped seat, which kind of mimics the feel of being born when dinos walked the land. Have a seat and take an Insta-worthy snap! 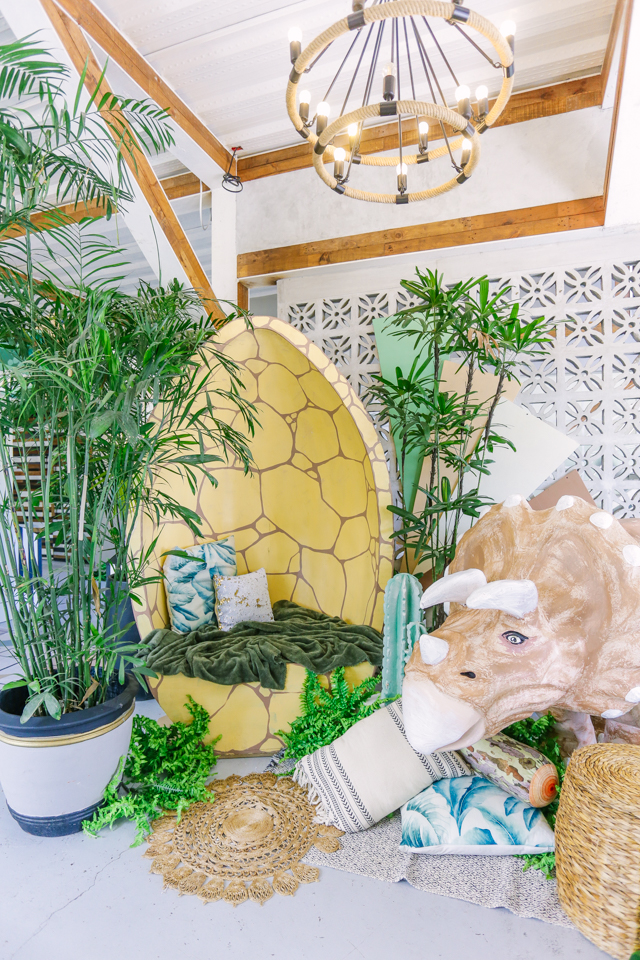 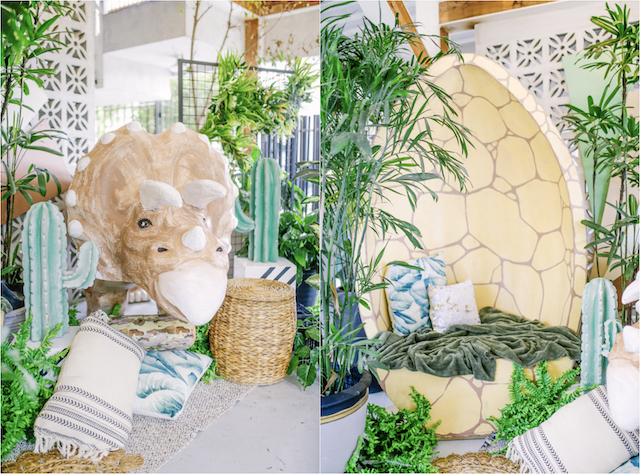 When it’s time to go home, guests received tokens of thanks from Pio and his family—a canvas loot bag filled with amazing goodies! 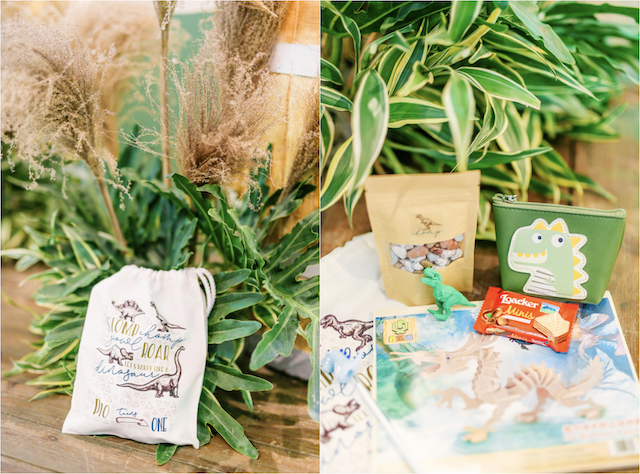 Look at li’l Pio looking all dapper with his mini-explorer getup, ready to look for some dinosaurs! Same with his parents, who joined him in his adventure of discovering the wilderness called life. 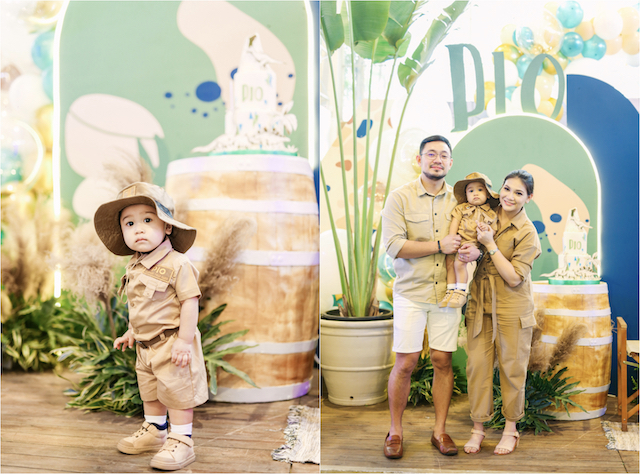 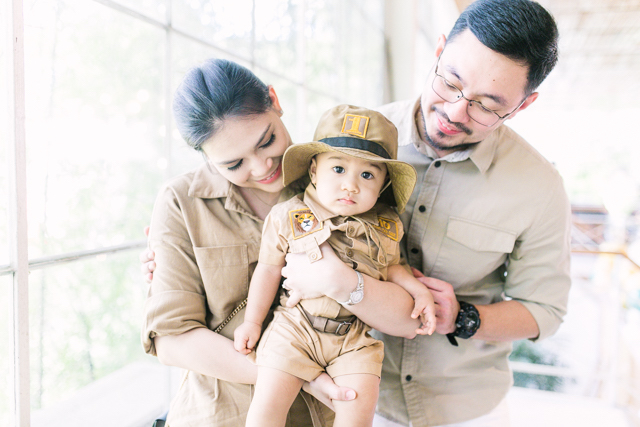